When most tourists plan their visit to Italy, Rome is on their list.  What are the Best Museums in Rome?  Today, I’ll highlight my favorite Roman Antiquities Museums, including some of the most famous art in Rome.  My favorites include the Palazzo Massimo, the Capitoline Museum, the Crypta Balbi, and the Palazzo Altemps.  And, I’ll recommend what you should not miss seeing in each museum!

In addition to sites like The Vatican Museum, St. Peter’s, The Colosseum, and the Pantheon, there are several museums in Rome that absolutely should be on any tourists’ must-see list.

Located near Piazza Republica and across the street from the Termini train station.  The Palazzo Massimo alle Terme is one museum out of four that comprise the National Roman Museum.  The Palazzo Massimo is also called Palazzo Massimo alle Terme due to its close proximity to the Baths of Diocletain. The villa is a superb Neo-Renaissance style palace, erected between 1883 and 1887. It was used as a Jesuit college until 1960, and in 1981 it was transformed into part of the National Roman Museum. There are four floors in this museum. 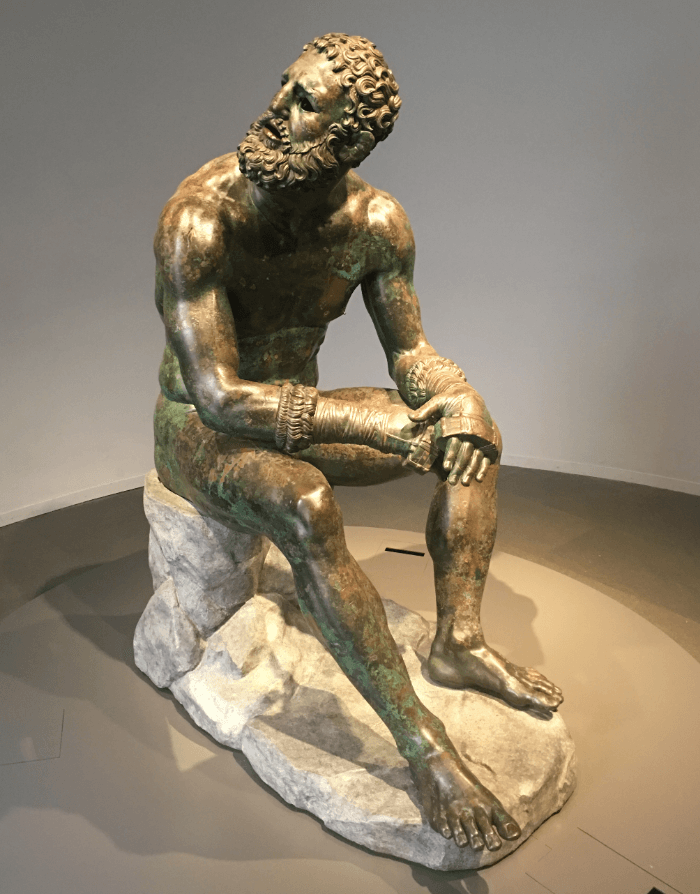 The creation of the Capitoline Museums has been traced back to 1471, when Pope Sixtus IV donated a group of bronze statues of great symbolic value to the People of Rome, among them the She Wolf, and the colossal head of the Emperor Constantine.

The collections in the Capitoline Museum, making this one of the Best Museums in Rome, are closely linked to the city of Rome, and most of the exhibits come from the city itself. The return to the city of some traces of Rome’s past greatness was made even more important by their collocation on the Capitoline Hill, the centre of ancient Roman religious life and seat of the civilian magistrature.  The museum is comprised of two buildings, connected underground by a tunnel that also serves as a gallery for ancient Roman grave markers. 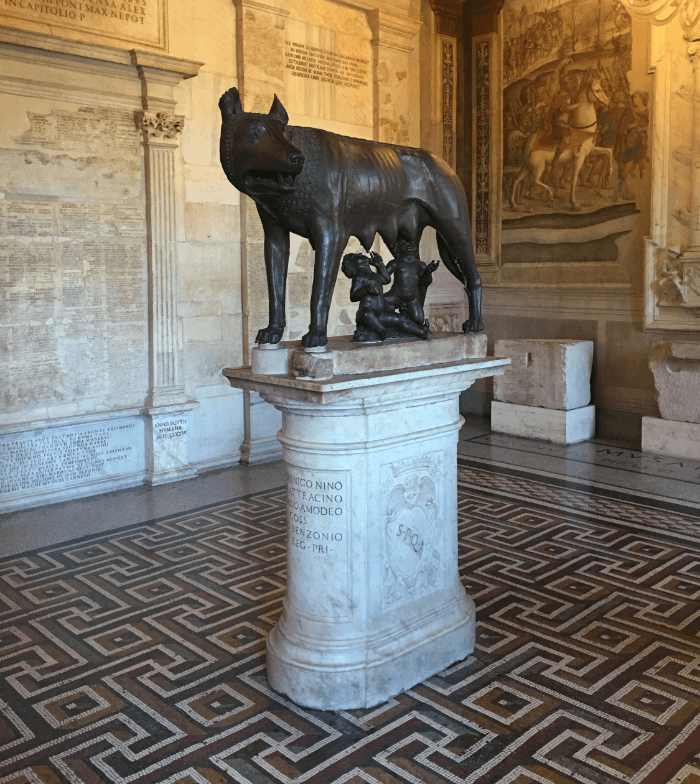 The collections in this museum represent the development of Roman society and the urban landscape from antiquity to modern times.  Because through the excavations carried out in their fields we can see the past of Rome. It was built between the years 19 and 13 BC under orders of Lucius Cornelius Balbus. Originally consisted of a theater, a four-story block and a courtyard. The Crypta Balbi Museum is the only one of its kind, occupying a city block that includes an archaeological excavation site, the ruins of an imperial building, and a museum that contains a great number of artefacts and helps you understand how the city changed since the imperial age until today. 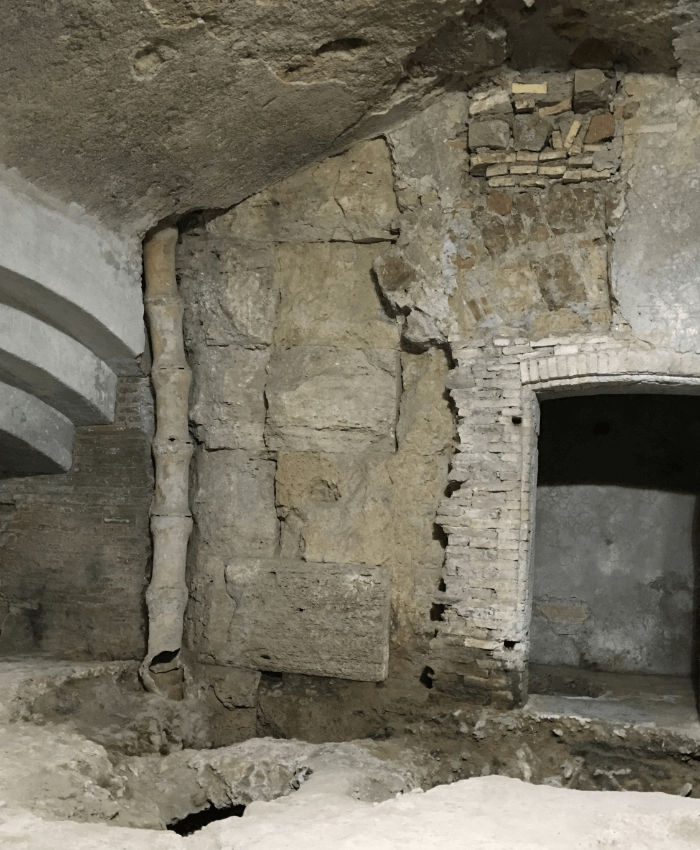 This is one of the most interesting examples of Renaissance architecture in Rome. Since 1997 it is part of one of the four branches that make up the Roman National Museum.  it houses an important collection of Greek and Roman sculptures belonging to several families of the Roman nobility of the sixteenth and seventeenth centuries. The works are exposed in rooms of great beauty decorated with frescoes on the walls and ceilings.

There’s so much to see in The Eternal City, including all of these Best Museums in Rome!  Over 20 years of yearly visits, and I still have not exhausted the list of amazing sites to see.

If you are planning travel to Rome, I have several Guides for your next vacation:

And, please don’t hesitate to email me if you have any questions, or need a tip or two!  I LOVE to help my readers with their travel plans! 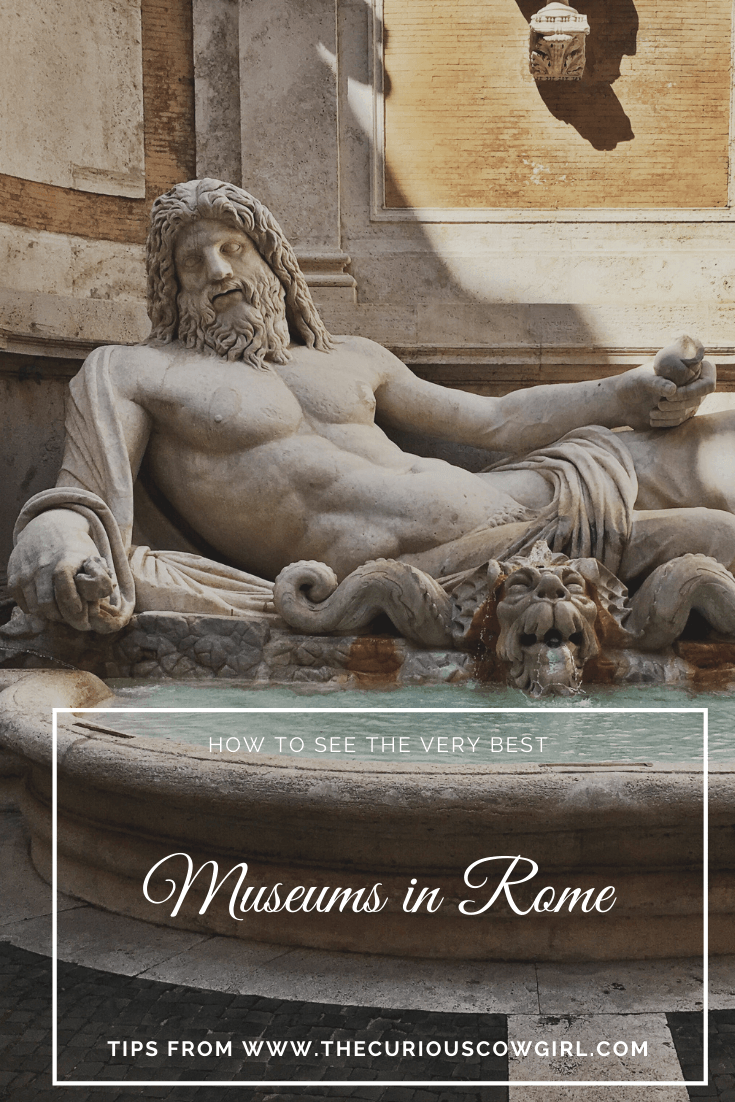