The Marais: Where Hip Cats Hang Out

The Marais Paris:  A History

In 1240, the Order of the Temple, a subset of the Knights Templar, built a church just outside the walls of Paris, in the northern part of the Marais, which actually means “swamp” in French. The Marais District became a desirable area for many people, and was also known as the Temple Quarter, and many religious institutions were built nearby.

During the mid-13th century, Charles I of Anjou, who was the brother of King Louis IX of France, built his residence in the Marais near the current n°7 rue de Sévigné.  And, one-hundred years later, in 1361, King Charles V built a mansion known as the Hôtel Saint-Pol in which the Royal Court settled.

French nobility continued to enjoy the Marais Paris, especially after the Place des Vosages was constructed, which served as a Royal Palace in the 16th and 17th centuries, until Versailles became a thing (that’s a historical term, by the way).

During the late 18th century, the district was no longer the most fashionable district for the nobility, yet it still kept its reputation of being an aristocratic area, as the Place des Vosges remained a place for nobles to meet. The district fell into despair after the French Revolution, and was abandoned by the nobility completely.

And then, the Hip Cats moved in! 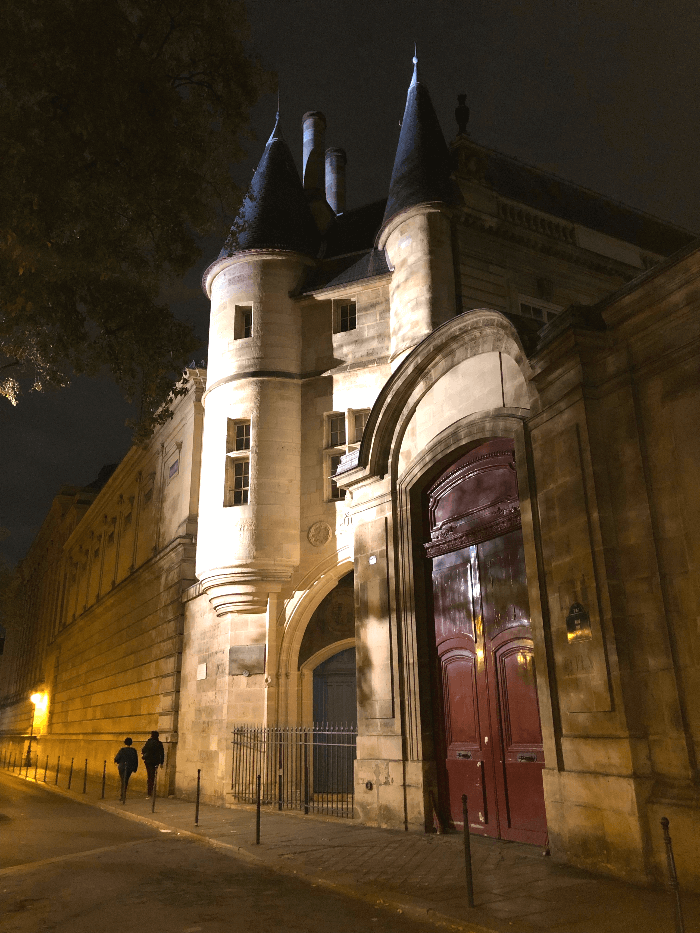 Straddling the 3rd and 4th arrondissements, I think Le Marais is one of Paris’ coolest districts – so cool, in fact, that French writer Victor Hugo, author of “The Hunchback of Notre Dame” and “Les Misérables” called it home. The cobblestone streets, stately mansions and lovely tucked away courtyards, make it easy to feel as if you’re strolling through medieval Paris. Minus The Plague.  Bonus!

Since the 13th century, Le Marais has been the city’s Jewish quarter. The quarter’s history can be most felt along rue des Rosiers, which feature some old-school delis and bakeries. Today, Le Marais is the epicenter of the city’s gay community, with chic boutiques and vibrant nightlife options (which I’m never going to cover for y’all because 9:00…10:00 if I’m feeling really crazy…is my bedtime.)

It would be impossible to list every single museum in Le Marais…so I’m going to detail my personal favorites….and if you have visited others that I don’t mention, please let me know in the comments.  I’m back every year, and would love to check out YOUR recommendations!

Long before Will and I determined that Le Marais was our preferred neighborhood to rent an apartment, we were enjoying delicious meals in many Marais Restaurants.  There is wonderful ethnic diversity in the Marais District, and the restaurants reflect that diversity.  I have all of our favorites listed in my Paris Restaurant Guide, but I’ll share a couple of my favorites here:

One of the reasons Will and I love to rent apartments, is to enjoy local food from neighborhood markets for breakfast, and especially as a late-afternoon snack, as we rest-up from a long day on our feet exploring Paris.  One of the oldest food markets in Paris is in the Marais District, the Marché des Enfants Rouges.  From beautiful cut flowers, to in-season fruits and veggies, we hit this marche a number of times each trip!

Like any metropolitan city, there’s an internal struggle between the large chain stores that can afford big rents, and the local boutiques, that fight to stay open.  And while I certainly enjoy shopping in the large chain stores, particularly the French brands that are hard to find in the United States, like Gerard Darel, it’s the small boutiques I try to patronize first.  Shop Small and Shop Local apply in Paris, as much as any city anywhere.

The Marias has dozens and dozens of tiny boutiques.  I make it my personal goal to pop in and out of all of them.  Taking one for the Team.  You’re welcome.

And, for my Vintage Clothing loving readers, there’s several shops in Le Marais I love.  Probably my favorite is Coiffeur.  It’s jam-packed, so you have to dig, but I always find a treasure or two! 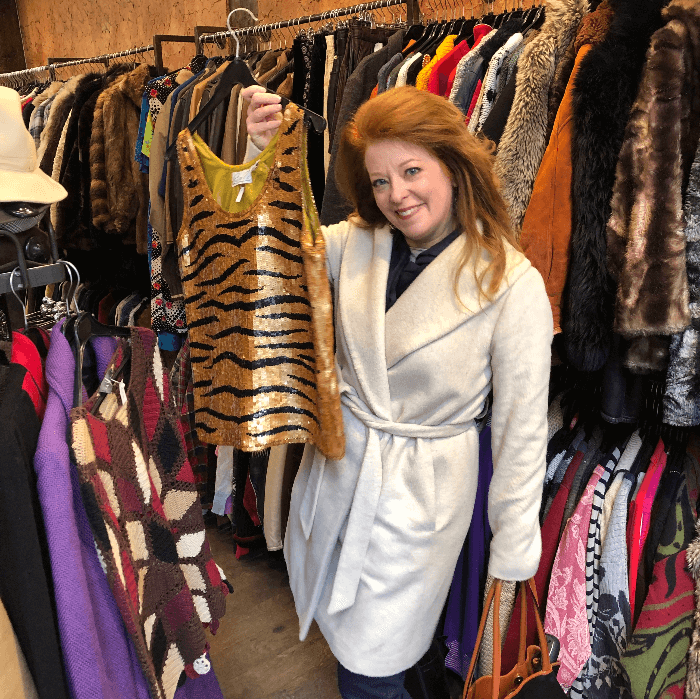 There’s also dozens of art galleries sprinkled throughout the Marais.  We love to gallery hop in the afternoons, and walk off the pastries we have gobbled during the day.  ‘Cause we have.

We love Paris, and each neighborhood has its unique charm, but the Marais Paris is by far our favorite!  Find a cafe, order cappuccino and a chocolate croissant, put on your coolest sunglass, and join the other Hip Cats! Hope you will explore it next time you are in Paris!