In case you are not familiar, The Points Guy is an American travel website and blog that produces news and stories on travel, means of accumulating and using airline points and miles, politics and credit cards, in particular credit card reviews. The site was founded in 2010. I was interested to read a recent article detailing travel around the world. 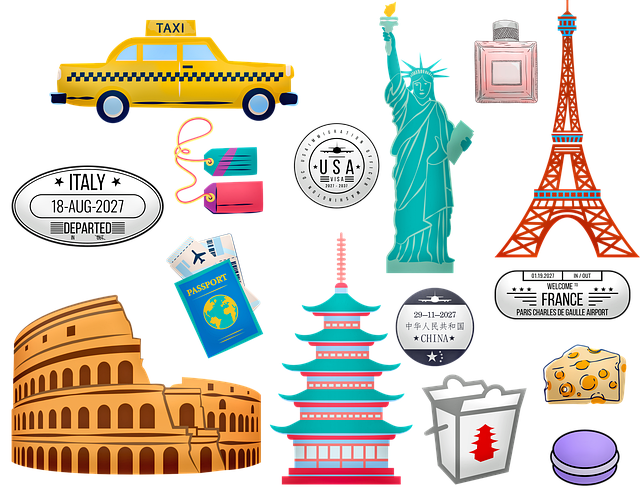 You can read the full article by clicking here.  I chose some of the countries many of my readers might be most interested in, and included that information from The Points Guy Article below.

CANADA: Canada remains in lockdown and the border between the United States and Canada is closed. Summer tourism season in places like Ontario remains in serious jeopardy.  On May 19, Canadian Prime Minister Justin Trudeau announced during a press conference, the border between the U.S. and Canada will remain closed until at least the third week of June.  Like many other nations, Canada requires all visitors to undergo a mandatory 14-day quarantine upon arrival. It’s not clear when that requirement might be lifted.

MEXICO:  Some Mexican states, like Quintana Roo, home to Cancun, plan on reopening on June 1.

BELIZE:  Belize’s borders will remain closed to all visitors until at least June 30, but this restriction could extend longer.

THE CARIBBEAN:  Almost every nation in the Caribbean has closed its airports for now.

ARUBA:  Aruba says it will reopen its borders to travelers beginning as early as June 15. It is possible that international visitors can come back as soon as July 1 though it’s unclear exactly which countries’ citizens will be allowed.The Caribbean Journal reporting Aruba Tourism Authority said, “For travelers who already have a trip booked and are concerned restrictions may impact your travel dates, please contact your hotels and airlines directly for an update on their rescheduling policies. We will welcome guests back to our sunny shores as soon as it is safe to do so.”

BAHAMAS:  The Bahamas are under emergency orders through May 30. No international visitors are allowed to enter or disembark on Bahamian soil for any reason. The nation’s airports are closed to all incoming passenger flights.

FRANCE:   President Emmanuel Macron said the strict lockdown will begin coming to an end after May 11 and internal travel from one part of France to another will be allowed again.  The country will slowly reopen with shops, schools and some markets allowed to resume business. France will still require face masks on public transportation and work-from-home orders will remain in effect for at least several more weeks.  Passengers arriving in France from outside non-Schengen member states are not allowed to enter the country. It’s unclear how long that ban will last.

GREECE:   Greece is a rare bright spot for foreign travel. Greece started easing lockdown measures on May 4 in a three-part process due to be complete by June 1. Prime Minister Kyriakos Mitsotakis told CNN he wanted the country reopened fully to tourists by July 1.

IRELAND:   Ireland is in the middle of a five phase reopening.  Hotels, museums and galleries are set to reopen July 20, but pubs won’t reopen until August 10.  Hotels and hostels can open as soon as July 20 but with limited occupancy.  Still, arriving foreigners with the exception of people from Northern Ireland must self-isolate for 14-days.

ITALY: Italy has been among the hardest-hit countries.  As of mid-May, Italy has announced it will reopen to tourists on June 3 with no restrictions such as quarantine upon arrival, however, some regions may implement their own restrictions. On May 18, museums, libraries, shops and restaurants reopened under social distancing rules.

THE UNITED KINGDOM:   The United Kingdom kept an open-border policy throughout the height of the outbreak. About 15,000 passengers arrive at U.K. airports each day. However, the government revealed that as part of a phased lifting of restrictions, it may require anyone entering the country … to self-quarantine for 14 days. Under the plan, all travelers would be required to fill out an arrival card, including details about their health and the address where they would self-isolate for 14 days, and officials might check-up on adherence to those rules.

There is no outright ban on foreign arrivals.

Since travel restrictions and phased openings are very fluid situations all over the world, I suggest doing your own research before planning any travel!