Dallas friends, if you found yourself on Thanksgiving morning watching the Macy’s Thanksgiving Day Parade on TV, like me, and wished for a parade opportunity a little closer to home, then get excited!  The Dallas Holiday Parade is right around the corner!  It’s one of the most cherished Dallas Christmas Events, dating back to 1988.  This Downtown Christmas Parade is a perfect activity for the whole family!!!

On December 3, 1988, the first Dallas Holiday Parade was produced by employees from The Adolphus and Children’s Medical Center Dallas and  enjoyed by a crowd of 70,000 enthusiastic children and their family members. The event became known as the “Miracle on Commerce Street.”

The Dallas Holiday Parade is the City’s largest one-day, outdoor event. More than 350 television stations in 159 markets have syndicated the parade. It has become a holiday tradition for thousands of families throughout North Texas and coast to coast. 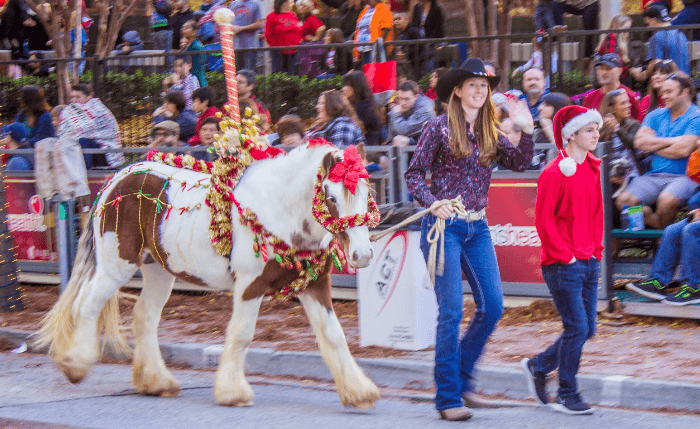 In the spring of 2017, Jeff Giles, president and CEO of Dallas-based HTEDance and Spirit Group, announced his intent to keep the parade marching! HTEDance and Spirit Group has been a long-time partner of the parade, bringing pageantry and beautiful productions to the event. In addition, Jeff is known throughout the parade industry for providing beautiful productions for other large-scale parades from coast to coast.

Together with Cassie Collins, parade director, and many of the committee members and parade volunteers, HTEDance and Spirit Group has ensured this time-honored tradition will continue its march through the streets of Downtown Dallas each December. 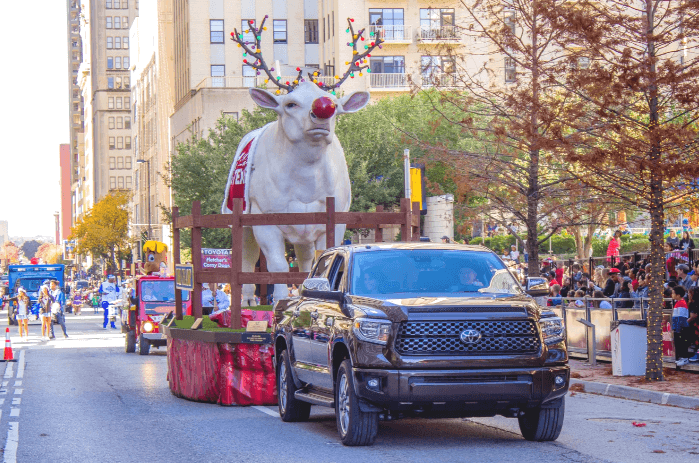 What day is this Dallas Christmas Event?The Dallas Holiday Parade is always the first Saturday in December. December 3, 2022

What time does the Dallas Christmas Parade start?:It starts at 10 a.m. and lasts about two hours.

Where does the parade begin?:  The parade route begins at Commerce and Houston streets.  It runs east along Commerce street, and then comes back west along Young Street, ending at Dallas City Hall Plaza.

Is the parade free?Yes, the parade is free. However, if you want a guaranteed seat, tickets for bleacher seats are made available in October.

What should I bring to the parade?:  Bring as little as possible! The Dallas Holiday Parade is the City’s largest one-day, outdoor event. Spectators are asked to limit what they bring in order not to crowd other spectators. Large items, such as strollers or walkers, can be stored under the bleachers for ticket holders. If you are not purchasing tickets, you can bring chairs or blankets to sit on. Keep in mind that you will want to get there early in order to get a good seat. In a nutshell, bring yourself and your family, a camera or phone, some cash for snacks and parade merchandise, and a “happy holidays” attitude!

What should I wear to the parade? Wear whatever is comfortable to you! Of course, sensible shoes are always the right choice for the parade. Also, keep in mind Texas weather and stay tuned to the forecast parade week. Some years the parade has been bitterly cold and other years it was HOT! Whatever the weather, come prepared.   The Curious Cowgirl is a BIG fan of WFAA Channel 8 Weather Man Pete Delkus!  (He recently showed on of my tweets to his audience on the 6:00 news.  I have ARRIVED, y’all!)  Anyway, consult Pete!

In 2022, parade organizers want everyone to wear RED!  Make it tasteful as you may find yourself on any one of the new roving cameras!  BUT BE FESTIVE!

Will food be available at the parade?Yes, there are numerous restaurants that will be open that are in close proximity to the parade route. In addition, there will be food trucks and vendors at Main Street Garden.

What if the parade is cancelled due to weather?We will attempt to reschedule the parade for the following day (Sunday). Notices will be posted on the parade website.

If all that Downtown Christmas Parade Cheer leaves you feeling hungry, then be sure and check out my Dallas Restaurant Guide!  There’s over 35 suggestions for everything from tacos to BBQ!   And, my Dallas City Guide has invaluable information about shopping and entertainment venues all over the Metroplex.

And, if you want to keep that festive Holiday feeling rolling, there’s are tons of Dallas Christmas Events to choose from.  Check out all the family-friendly activities at North Park Center!  A great option if the weather is inclement! 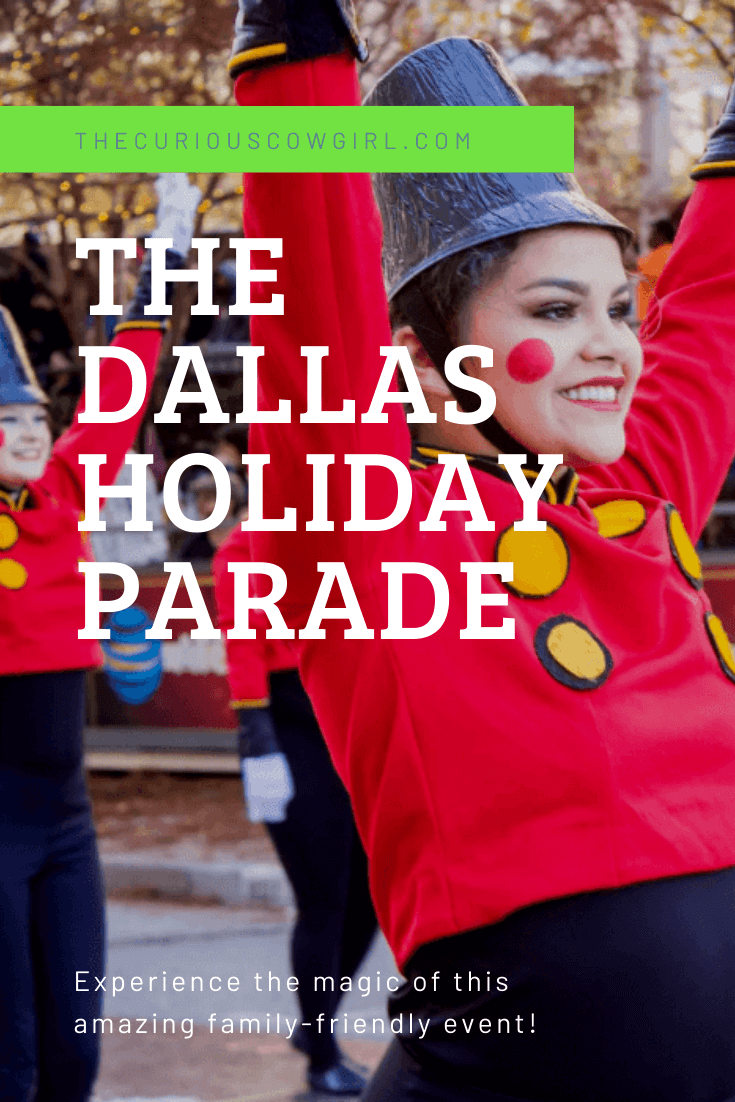