The History of Disney World

Y’all know me….wherever I travel, whatever I am seeing, I want to know the history and the back story.  Disney World is no different for me.  The History of Disney World, and the timeline of its development, fascinates me, as does its creator, Walt Disney.  There are so many interesting facts about Walt Disney and the Disney World background story.  Let’s explore the Magical beginnings today!

Walt Disney, was a genius, in my opinion.  He could dream HUGE Dreams, and inspire others to make his dreams come to life.  The Walt Disney Timeline is really fascinating!

1918-1919:  Walt works as a member of the American Ambulance Corps in France. Walt lied about his age to be accepted.

1919:  After driving an ambulance through Europe, Walt returns to the US, moves to Kansas City and works for the Kansas City Slide Company making films Walt names “Laugh-O-grams.”

July, 1923:  Walt moves to Hollywood planning to become a director. Roy (Walt’s brother) was already in California. They rent a room at the back of a real estate office. Roy operates a secondhand camera while two girls were hired to ink & paint the celluloids. Walt does the animation.

November 18, 1928:  “Steamboat Willie” opens at the Colon Theater in New York. Billed as ‘the first animated cartoon with sound,’ it gets rave reviews.”

1929:  Walt plans to release “Skeleton Dance” as the 1st of a new series of cartoons called Silly Symphonies. This new film was also released in Technicolor, a brand new color technique, that Walt Disney held rights to for two years.

Mickey Mouse turns into a national craze and Mickey Mouse Clubs spring up all over the country. 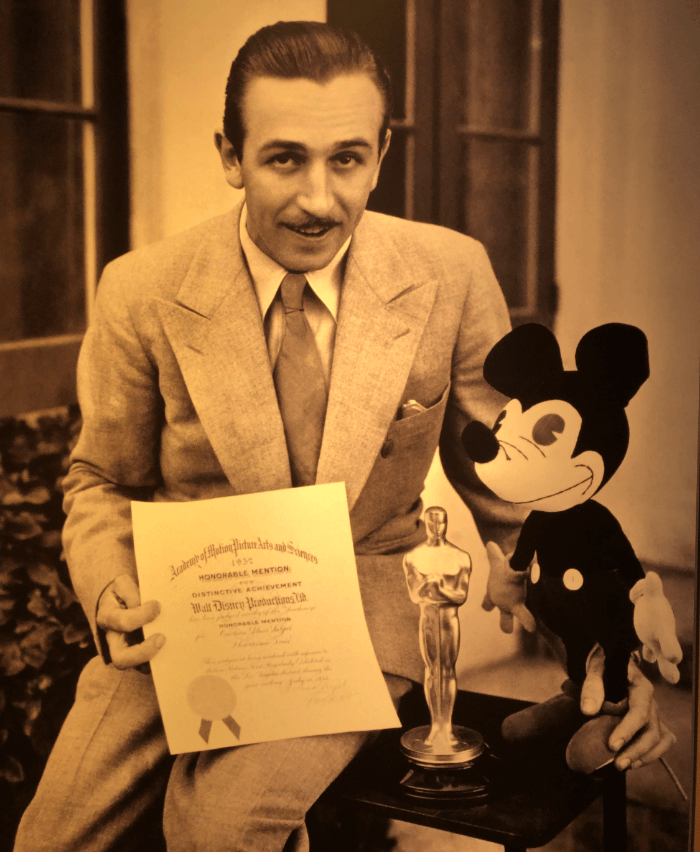 1930:  Pluto makes his 1st appearance in a Mickey Mouse cartoon, “The Chain Gang.”

1933:  “Three Little Pigs,” the 36th Silly Symphony, is produced. Audiences everywhere love it and relate it to the people vs. the Depression. “Who’s Afraid of the Big Bad Wolf” becomes a national rally cry. Roy convinces Walt to produce 3 more “Pig” movies, “The Big Bad Wolf,”, “Three Little Wolves” and “The Practical Pig.” None were as successful as the first one.

December 21, 1937:  “Snow White and the Seven Dwarfs” is seen by the public in Los Angeles. It makes a three-week run at Radio City Music Hall.  ”Snow White” grosses $8 million and wins an Academy Award.

1938:  Walt decides that Mickey Mouse should star in a feature of “The Sorcerer’s Apprentice.”  “Bambi” is started at the same time but is last to be released due to the time it took to draw the animals. The studio resembled a zoo at times with many live animals on hand to be drawn.

1940:  “Dumbo” is produced and finished in 1 year. Walt originally planned it as a 30 minute film but expanded it into a feature film of 64 minutes. It makes an $850,000 profit.  “Song of the South” is produced. It is 30% cartoon and 70% live action. It premieres in Atlanta and gets good reaction.  “Zip-A-Dee-Doo-Dah” is named best movie song of 1946 by the Academy of Motion Picture Arts & Sciences, while James Baskett, who plays Uncle Remus, wins an Oscar.

1947:  Walt assigns all of his top talent to make “Cinderella,” which had been in development for several years, along with “Peter Pan” & “Alice in Wonderland.”

1948-1949:  Walt began talking about letting people come to Hollywood and really “see” something. He started to formulate plans to build an amusement area to be named Mickey Mouse Park.

And the rest, as they say, is history….an incredibly interesting history of Disney World and its creator, Walt Disney! 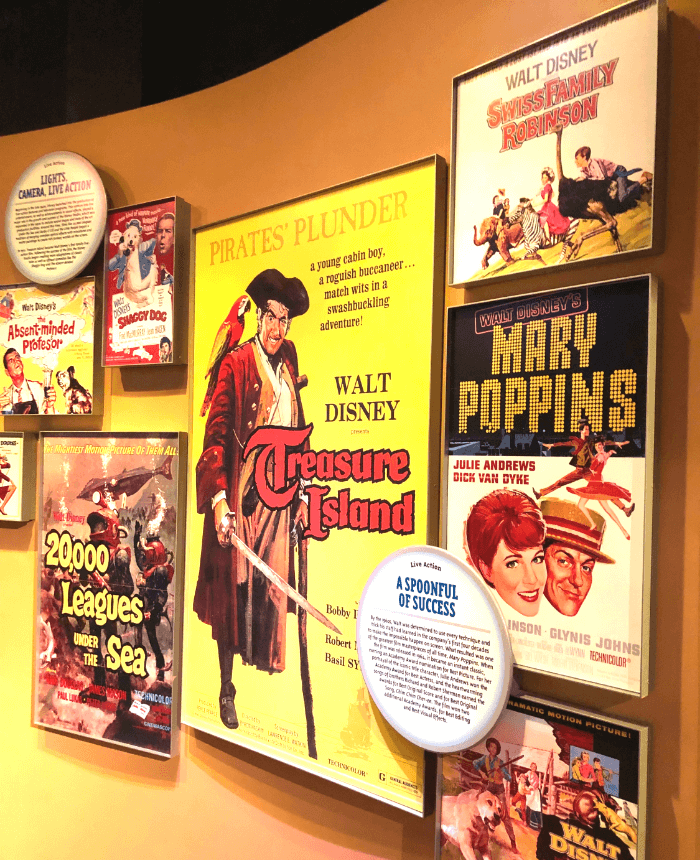 I recently returned from my 8th trip to Disney World.  While Disneyland in California was opened first, all my Disney experiences have been at Disney World in Orlando.  I just love it!  In researching the History of Disney World, I came across great information!!

According to the Theme Park Insider, Walt Disney had to be very secretive about his Orlando dreams.  “And so it was that “Project X” was born. Several dummy corporations, all of which are immortalized on the windows of Main St.in the Magic Kingdom, were set up to make land purchases. Some were official sounding enough, but others were a bit of an inside joke. Retlaw (Walter spelled backwards), and M.T. Lott Real Estate were also used.

By the time the secret was out, Disney had purchased over 27,000 acres of rural Florida swampland that stretched across two counties, almost tripling their initial goal of 10,000.”

Sadly, Walt Disney died before one shovel even hit the ground.  Disney World opened in 1971 with The Magic Kingdom as its only park. 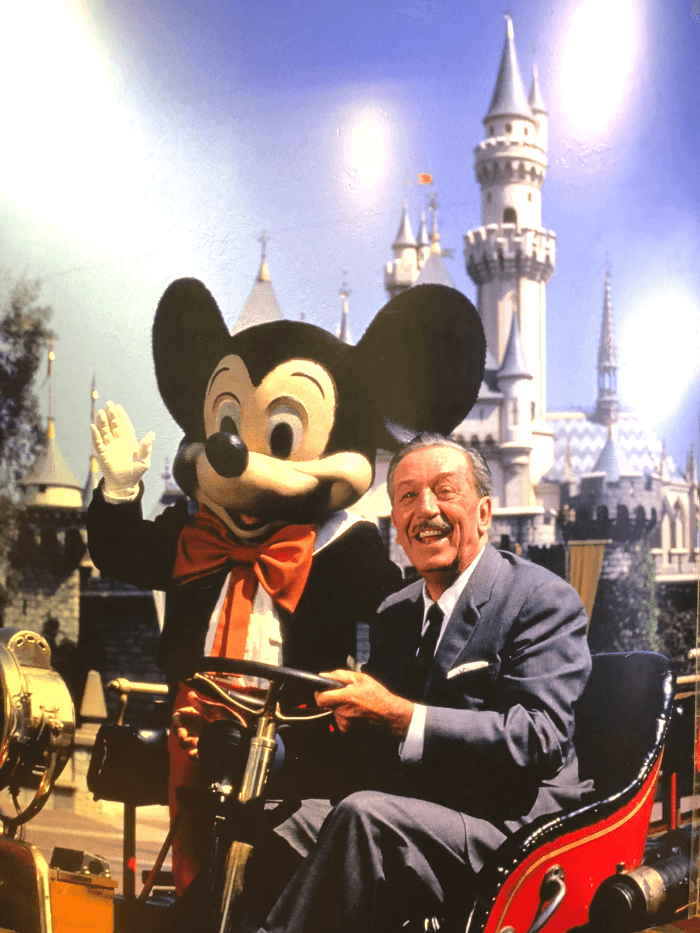 Now…here’s what I LOVE!  All the juicy insider and interesting facts about Disney World, according to Walt Disney World News.

“It’s Not a Small World, After All . . . Covering nearly 39 square miles, Walt Disney World Resort is about the size of San Francisco or two Manhattan islands. Of the nearly 25,000 acres, a third is designated as a wilderness preserve.

A Cast of Thousands . . . more than 58,000 to be more precise. That’s how many people it takes to create the magic at the Vacation Kingdom. Not surprisingly, Walt Disney World Resort is the largest single-site employer in the United States.

What the Well-Dressed Mouse Will Be Wearing . . . depends entirely on the occasion. Mickey Mouse himself has more than 290 different sets of duds, ranging from a scuba suit to a tuxedo. Minnie Mouse’s wardrobe contains more than 200 outfits, including everything from a cheerleader ensemble to evening gowns.

Ears to You . . . When laid end to end, there are enough of the famous “Mouse Ear” hats sold each year to stretch 175 miles or cover the head of every man, woman and child in Orange County, Fla. There are also enough Disney character T-shirts sold to put Mickey Mouse’s smiling face on the chest of every resident of Montana.

Curious Claims . . . According to long-time Lost and Found staffers, the most unusual items turned in have been a glass eye, a prosthetic leg and a potty trainer. Each, incidentally, was claimed (but not by the same person).

Boulder Builder . . . Here’s one to stump your friends with. How many stones are there in Cinderella Castle in Magic Kingdom? NONE. The whole shell of the building is fiberglass.

Green Thumb . . . More than 30 tons of fruits and vegetables grown at The Land pavilion at Epcot are served in Walt Disney World restaurants.

Five-Legged Goat . . . The mosaic mural in the fourth-floor lobby of Disney’s Contemporary Resort was created in 1971 with 1,800 one-square-foot tiles and took 18 months to construct. Look closely: there’s a five-legged goat facing the monorail track.

Music to Your Eyes . . . The musical notes across the registration desk at Disney’s Port Orleans Resort-French Quarter play out the first verse of “When the Saints Go Marching In.”

Big Wheel Fit For a Big Kid . . . The giant Big Wheel in the 1970s courtyard of Disney’s Pop Century Resort can “accommodate” a child rider who weighs up to 877 pounds (according to the “recommended child weight” sticker affixed to the gigantic toy).

A “Family” Tree . . . The “Liberty Oak,” which is the focal point of the Liberty Square area in Magic Kingdom, is the proud parent of more than 500 young trees. They all started out as acorns harvested from the majestic oak.”

So, the next time find yourself humming “It’s a Small World” or checking out the newest Disney film, I hope you will recall some of the History of Disney World and Walt Disney himself.  So glad there’s still so much childhood magic left in the world, especially at Disney World! 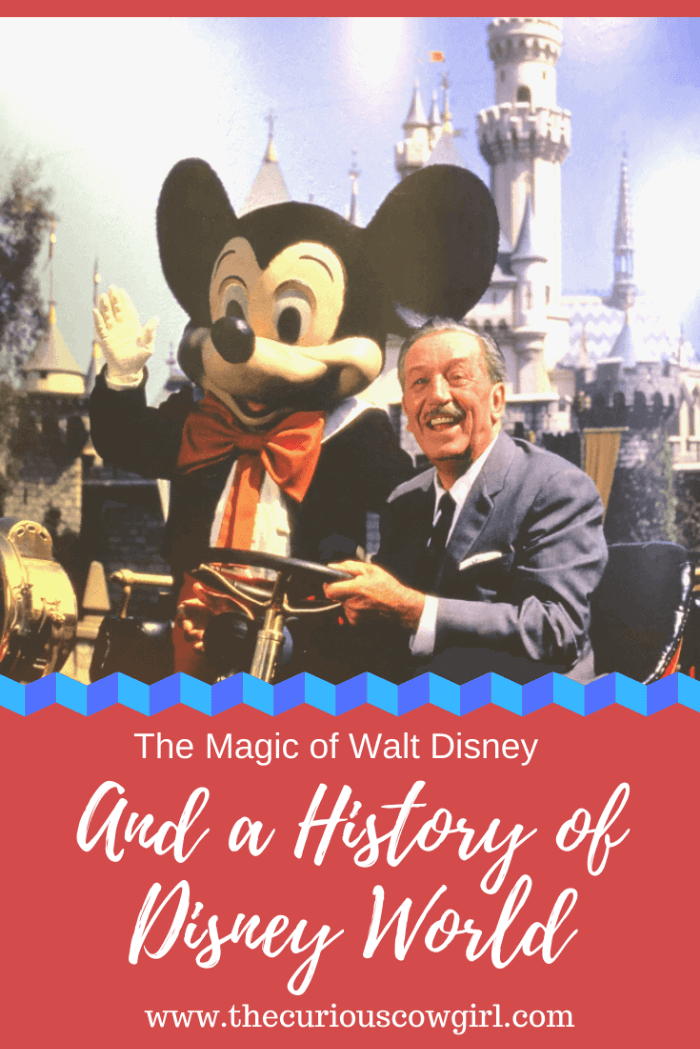