Amazing Paintings and Where to See Them

I can’t tell you how many times I have visited a museum around the world, and stopped short in front of a painting I have seen in print or on the Internet, and am made speechless when seeing it right in front of my very eyes!  And, not that you would plan an entire trip around viewing a certain painting…or maybe you might.  But I think it’s always good to know where to even look, if you are interesting in admiring some of the most famous paintings in the world! 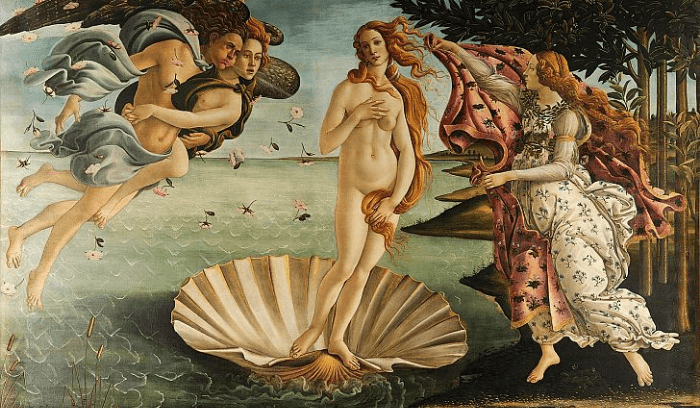 The Birth of Venus

The Birth of Venus depicts the emergence of the goddess Venus from the sea. The painting was made by Sandro Botticelli in the mid-1480s. The painting is on display in Florence’s Uffizi Gallery.  I love Florence, and pretty much everything about Italy, as y’all know!  And the Uffizi Gallery holds so many treasures, a visit should absolutely be on your list if your travels include Florence! 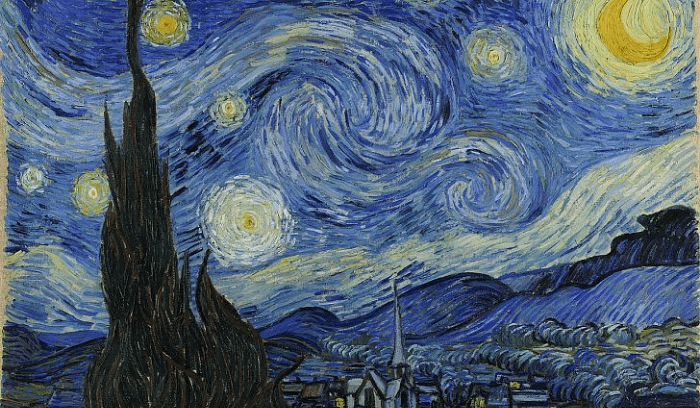 The Starry Night by Vincent van Gogh is displayed in the Museum of Modern Art, New York. The painting was made in 1889 and depicts the city of Saint-Remy under the swirling sun. It has been at the MoMA in New York since 1941. The painting was completed after Van Gogh’s famous 1888 mental breakdown, in which the artist had famously removed his own ear.  So many amazing museums in NYC!!!! 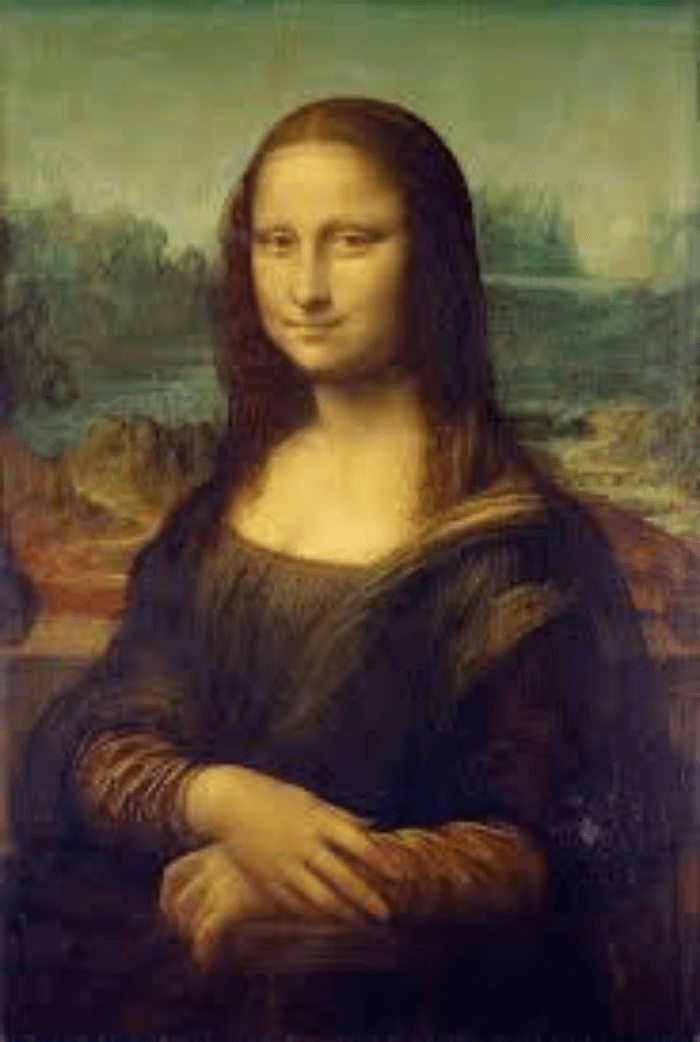 Probably the most famous painting to have ever been created in the Western World, the Mona Lisa was painted by Leonardo da Vinci between 1503 and 1506. He finished working on it in 1519. The painting is displayed in Louvre museum of Paris. The painting is famous for its subtlety, composition, and unreadable facial expression of the subject. Totally contradicting my earlier statement, I say we all go to Paris to visit Mona!  Because….Paris!!!! 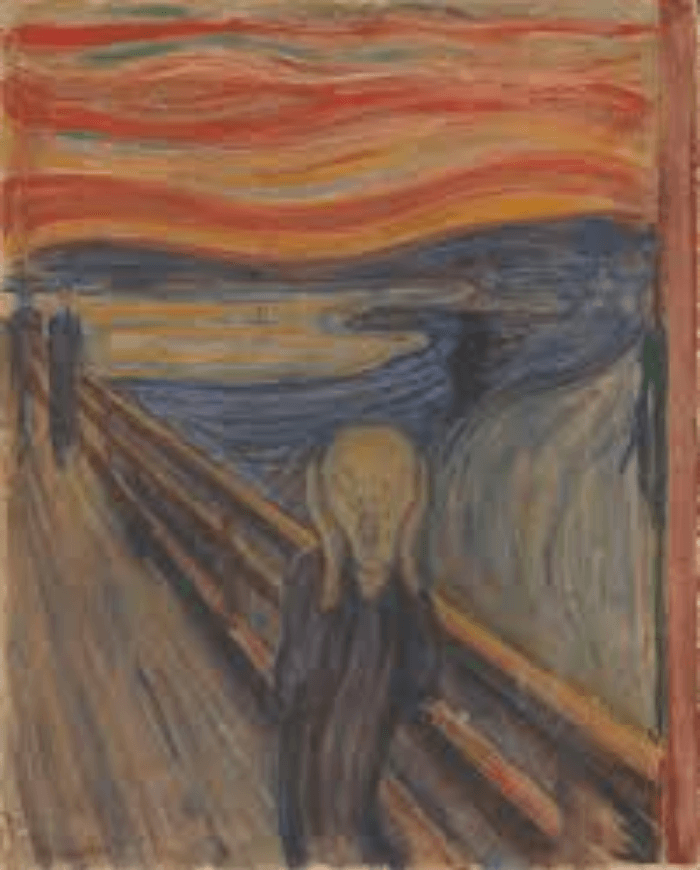 The Scream, one of the most famous paintings in the world, was painted by Edvard Munch in 1893. The painting shows a frightened person screaming. It is housed in the National Gallery, Oslo, Norway. Interestingly, this painting has often been a target of art heists. The last time the painting was stolen was in 2004. It was missing for two years before finally being recovered in 2006.  I’ve never been to Norway.  If you have, I’d love you to leave me some tips in the comments!!

The Luncheon of the Boating Party

In 1923, art collector Duncan Phillips acquired The Luncheon of the Boating Party, by Impressionist artist Pierre-Auguste Renoir. Described by Phillips as “one of the greatest paintings in the world,” the prized piece remains on permanent display in The Phillips Collection in Washington, D.C. 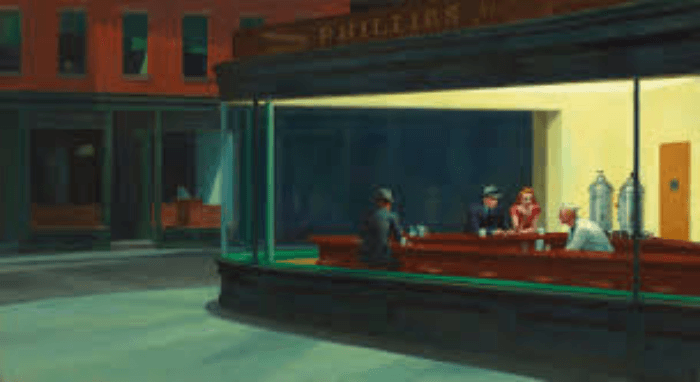 Though Edward Hopper was a lifelong New Yorker, his most famous painting, Nighthawks, calls another city home. Within months of its completion, the piece was sold to the Art Institute of Chicago, where it has remained ever since.  This is a museum I have not visited, nor have I really explored Chicago.  I need to remedy this gap in my travel resume!!! 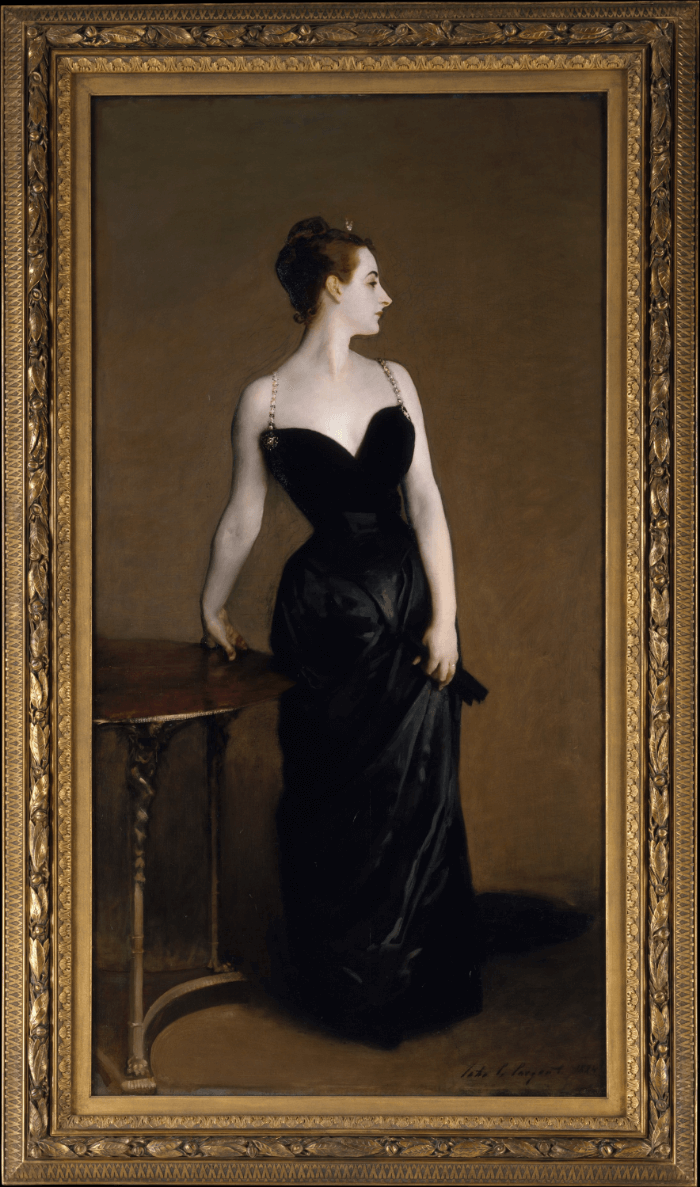 The Portrait of Madame X

I think it’s very fascinating to read the Metropolitan Museum of Art’s Website and learn how this museum in NYC acquired The Portrait of Madame X.  In Sargent’s most famous portrait, Virginie Gautreau, a celebrated American beauty living in Paris, dresses in daring barely-there gown which was not in fashion at the time. Her apparent lack of underpinnings and daringly dropped shoulder strap (later repainted by Sargent) in combination with her heavy makeup and seeming indifference to the viewer provoked scandal when the work was first exhibited in the 1884 Paris Salon.

Get it Virginie!  You look fabulous, girlfriend!

I always make a point to admire this work, one of the most famous paintings in the world, when I visit the MET.  And, I suggest you check out this post for your next visit to the MET.  It’s a HUGE museum!!!

OK y’all.  I could go on and on and on.  There’s so many amazing paintings scattered across the globe.  All the more reason to pack your suitcase and get after it!!!!