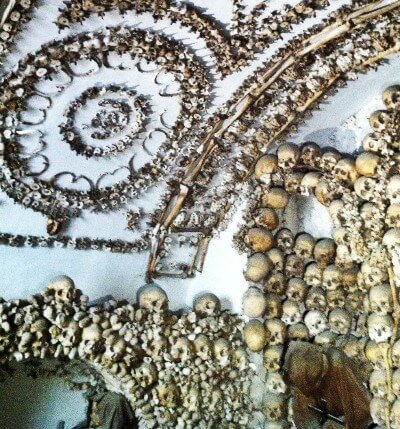 Taking kids to Italy is a wonderful opportunity, no doubt!  The breath-taking churches, the museums containing some of the most important works of art….what a gift to give young travelers.  But….if their interest seems to be waning, and the lack of 24/7 wifi is starting to make a fun trip, well…less than fun..let me offer two weird Italy sites, that will be right up your young travelers’ alley!

Y’all…this place is amazing, and creepy, and awesome all at the same time.  Mark Twain visited the crypt, and was so impressed, he wrote about  his experience in his 1869 book “Innocents Abroad.” Some 4,000 Capuchin friars who died between 1528 and 1870 are still lying, hanging, and generally decorating the Santa Maria della Concezione Crypt in Rome.

In 1631, the Capuchin friars – so-called because of the “capuche” or hood attached to their religious 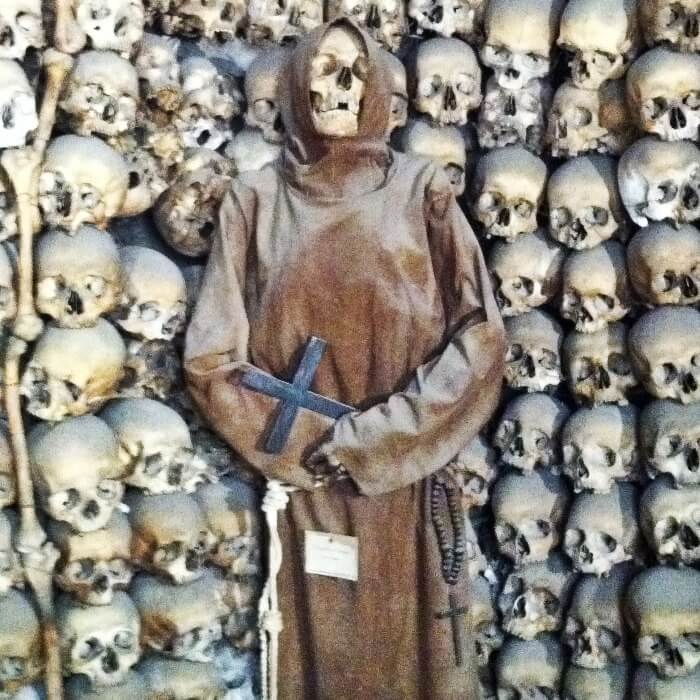 habit – left the friary of St. Bonaventure near the Trevi Fountain and came to live at the Santa Maria della Concezione, of which only the church and crypt remain. Ordered to bring the remains of the deceased friars along with them to their new home, so that all the Capuchin friars might be in one place, they obeyed. But, rather than simply burying the remains, the monks decorated the walls of the crypts with their bones, as a way of reminding themselves that death could come at anytime;  A plaque in the crypt reads: “What you are now, we once were; what we are now, you shall be.” Mummified monks were dressed in friar’s clothes and hung from the walls and ceiling. With the addition of electricity, light fixtures, made entirely out of bones, were incorporated into some of the hallways.  Today, all photography is prohibited, but I visited many years back when photos were allowed. 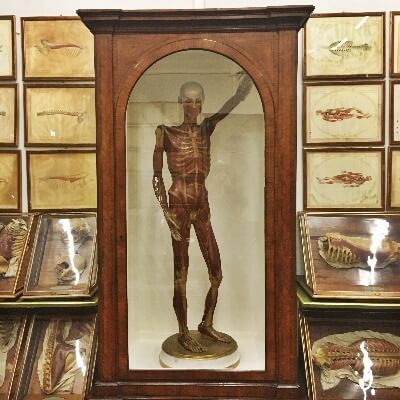 La Specola is the oldest public museum in Europe, having started as the personal collection of the Medici family. It was opened to the public in 1775. Anyone could attend as long as they “looked 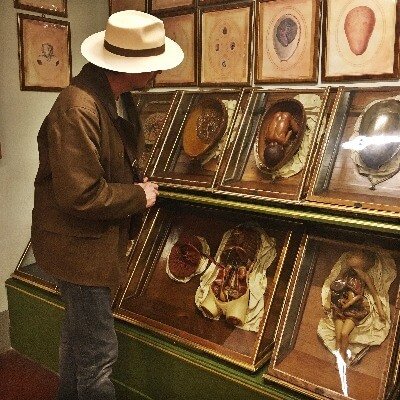 clean.” Many rooms contain wax anatomical models….full human models and details of internal organs….kids will be grossed out and love this weird Italy collection all at the same time.  Adults will too, as the 18th Century cases are truly gorgeous, and it’s fascinating to think about how anatomy was studied so long ago.  Plus you can tell the kids that Goethe and Emperor Leopold visited the museum (buy them a gelato if they can tell you who those people are!)

In addition to the wax models, La Specola is part of the Museum of Natural History in Florence and also houses some wonderful taxidermy, including birds, fish, and monkeys, and deer….and a hippo!