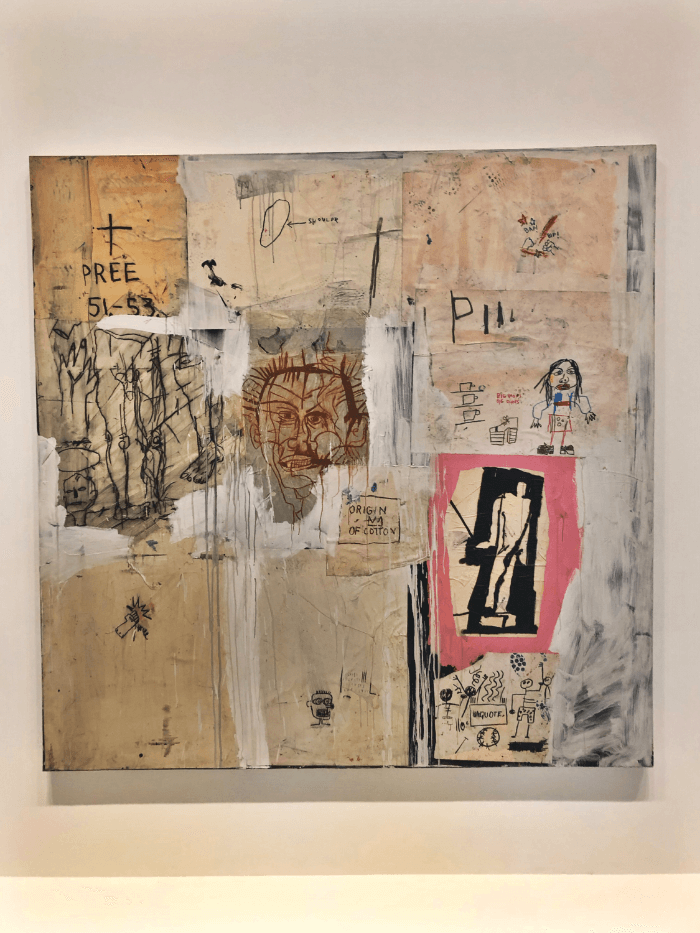 It almost seems unreal when you consider that a graffiti artist could command as much as 100,000,000 dollars for a single work.  That’s not a typo.  In 2017, the work “Untitled” by Jean-Michel Basquiat sold at Sotheby’s for $110,000,000.  The popularity of this now deceased artist continues to increase, and if you are lucky enough to be in Paris before January 21, 2019, you simply must make the time to experience the Jean-Michel Basquiat exhibit at the Louis Vuitton Foundation.

According to The Art Story, “Jean-Michel Basquiat emerged from the “Punk” scene in New York as a gritty, street-smart graffiti artist who successfully crossed over from his “downtown” origins to the international art gallery circuit. In a few fast-paced years, Basquiat swiftly rose to become one of the most celebrated, and possibly most commercially exploited American “naif” painters of the widely celebrated Neo-Expressionism art movement. 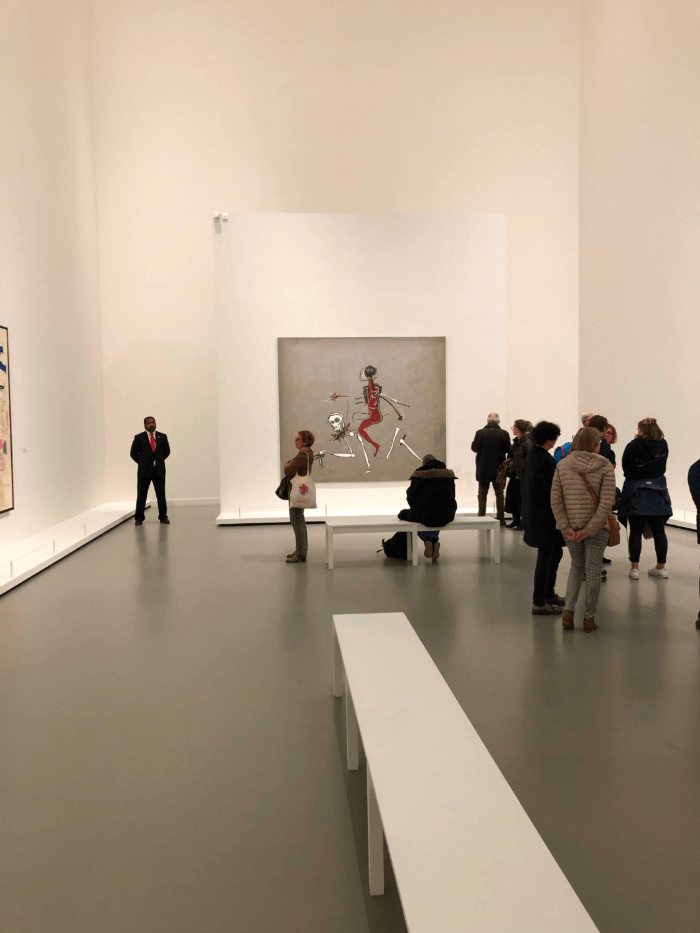 Basquiat’s work is one of the few examples of how an early 1980s American Punk, or graffiti-based and counter-cultural practice could become a fully recognized, critically embraced and popularly celebrated artistic phenomenon, indeed not unlike the rise of American Hip Hop during the same era.

Despite his work’s “unstudied” appearance, Basquiat very skillfully and purposefully brought together in his art a host of disparate traditions, practices, and styles to create a unique kind of visual collage, one deriving, in part, from his urban origins, and in another a more distant, African-Caribbean heritage.

For some critics, Basquiat’s swift rise to fame and equally swift and tragic death by drug overdose epitomizes and personifies the overly commercial, hyped up international art scene of the mid 1980s, a cultural phenomenon that for many observers was symptomatic of the largely artificial bubble economy of the era.”

This special exhibit at the Louis Vuitton Foundation “covers the painter’s whole career, from 1980 to 1988, focusing on 120 defining works. With the Heads from 1981-1982, gathered for the first time here, and the presentation of several collaborations between Basquiat and Andy Warhol, the exhibition includes works previously unseen in Europe.”

Y’all….this is a MUST MUST MUST see exhibit!  Tips for getting there and enjoying the exhibit:

About the Louis Vuitton Foundation:  “This project of great philanthropic value for the city of Paris entailed the construction of an exceptional building on municipal public land and a 55-year occupancy agreement with the City of Paris. As a private cultural initiative, it was born of a shared passion and aims to be a stakeholder in the local area. It is rooted in the heart of Greater Paris, in the Bois de Boulogne, where Paris meets Neuilly-sur-Seine. The Fondation Louis Vuitton aims to become part of the Ile-de-France cultural landscape and to rekindle interest in western Paris.

Rooted in the history of artistic movements of the 20th and 21st centuries, the collection and programme offer a series of projects intended to promote creation in the present by adopting a position of openness and dialogue with artists, intellectuals and the public.  Astound visitors by offering a multifaceted activity that informs, exhibits and showcases the works of the 20th and 21st centuries in an exceptional space. Move and surprise the public by exhibiting artists’ work in an innovative building, a model of emblematic architecture designed by Frank Gehry.”

Time is ticking…..catch this amazing exhibit before  it says, “au revoir” !

P.S.  It will be cold in Paris in January, so if you need suggestions for what to pack, click here!  And, if you need help planning out any aspect of your trip to Paris, please email me at marythecurioscowgirl@gmail.com and let me know how I can help you!