Where to Find the She-Wolf of Rome

Where to Find the She-Wolf of Rome

The creation of the Capitoline Museums has been traced back to 1471, when Pope Sixtus IV donated a group of bronze statues of great symbolic value to the People of Rome, among them the She Wolf, and the colossal head of the Emperor Constantine.

The collections in the Capitoline Museum are closely linked to the city of Rome, and most of the exhibits come from the city itself. The return to the city of some traces of Rome’s past greatness was made even more important by their collocation on the Capitoline Hill, the centre of ancient Roman religious life and seat of the civilian magistrature from the Middle Ages onwards, after a period of long decline.

The Capitoline Hill is the smallest of the famed “7 Hills of Ancient Rome” and was originally made up of two parts:  the Capitolium and the Arx, separated by a deep valley which corresponds to where Piazza del Campidoglio now stands.

The sides of this hill were very steep and on account of the difficulty of reaching the top and the dominating position it enjoyed over the River Tiber, it was chosen as the city’s main stronghold. My sister-in-law, Linda, knows all about that steepness, as we once raced each other up the steep steps to the top….. 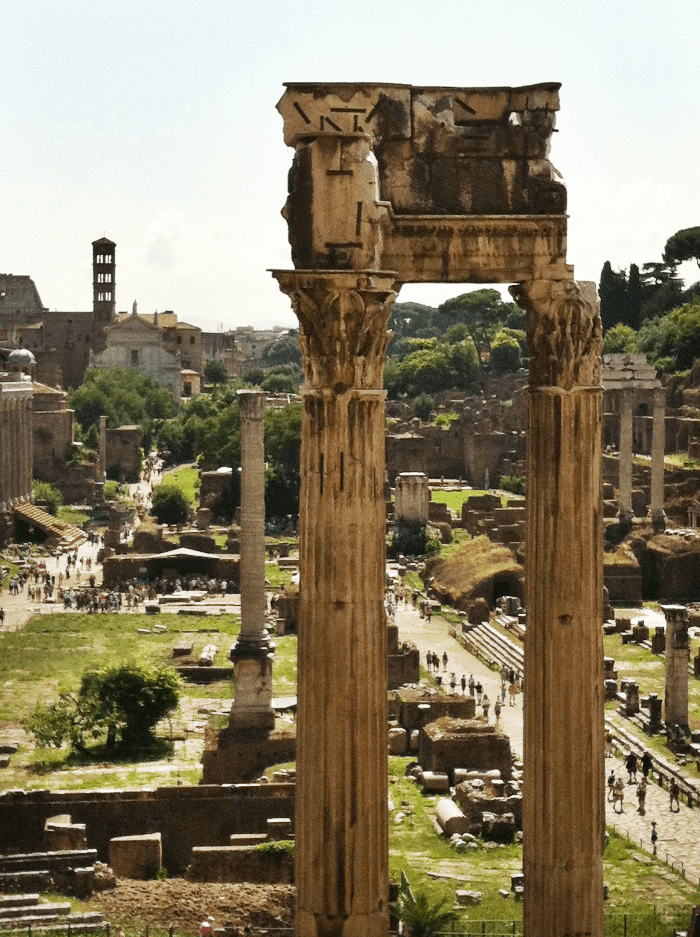 The main buildings faced the Ancient Roman Forum, from which a carriageable road known as the Clivus Capitolinus led up the hill to the Temple of Jupiter Optimus Maximus, the most important and imposing temple in Rome.  In addition to this temple, the Capitoline Hill was the headquarters of the Public Roman Archive, the Tabularium, and, in Republican Age, of the Mint.

Piazza del Campidoglio‘s current appearance dates back to the middle of the XV century when it was designed by Michelangelo Buonarroti.  Y’all have heard of him, right??

Tips for touring this amazing Museum, if only to see the She-Wolf of Rome: 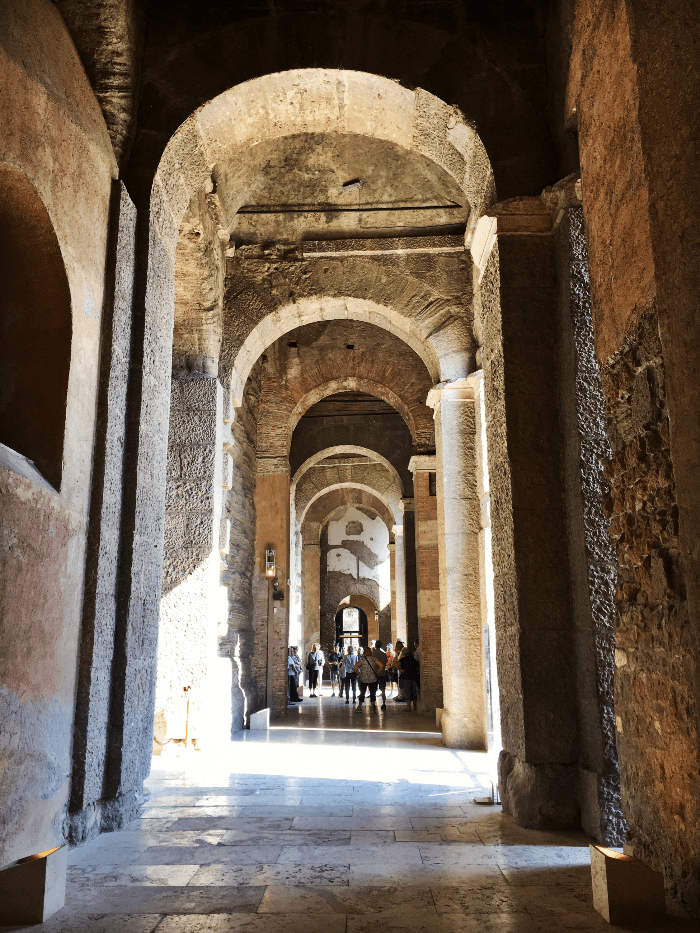 P.S.  So have you been wondering this whole time about what exactly is the big deal about the She-Wolf?  In the Roman foundation myth, it was a she-wolf that nursed and sheltered the twins Romulus and Remus after they were abandoned in the wild. She cared for the infants at her den, a cave known as the Lupercal, until they were discovered by a  shepherd.  Romulus would later become the founder and first king of Rome. The image of the she-wolf suckling the twins has been a symbol of Rome since ancient times and is one of the most recognizable icons of ancient mythology.

If you are planning to visit Rome, whether for one, two or three days.  Or you are simply looking for excellent restaurant recommendations, I can offer you both!  Click here to see my personally Curated Rome Guides, as well as my Rome Restaurant Guide!

Also, if you want the info about the best guide service in Italy, click here!