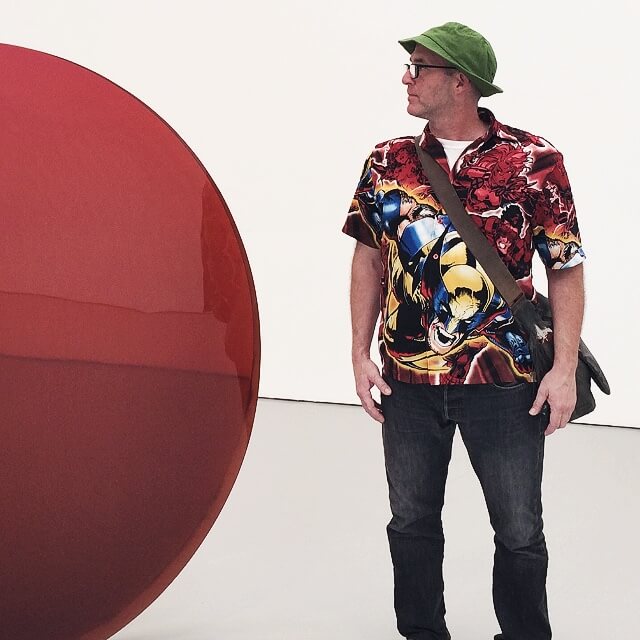 In 2010, Will and I travelled to NYC to experience Antiques Week.  Of course we explored the Winter Antiques Show, which I wrote about in this post, and met the fabulous Allan Katz at the Metro Show, whom I introduced you to in this post.  Wanting to see everything we possibly could see in three days, we also visited The Armory Show.  At the entrance, we did what we typically do….Will went one way, I went the other, experiencing the show at our own pace.

As I strolled along (Will walks a LOT faster than I do), I was drawn into a booth containing a huge wall-size painting.  Contemporary, and reminding me a lot of Jean-Michel Basquiat, I could not tear my eyes away.  The dealer, decked out in the coolest mustard-yellow 1970’s velour shirt I had ever seen, was positively delightful, and enthusiastically chatted with me about this piece, where he found it, and how much he loved it too.  My heart-beat racing, I KNEW I needed to find Will as quickly as possible!  I excused myself, and set off at an atypically brisk pace, looking for Will. 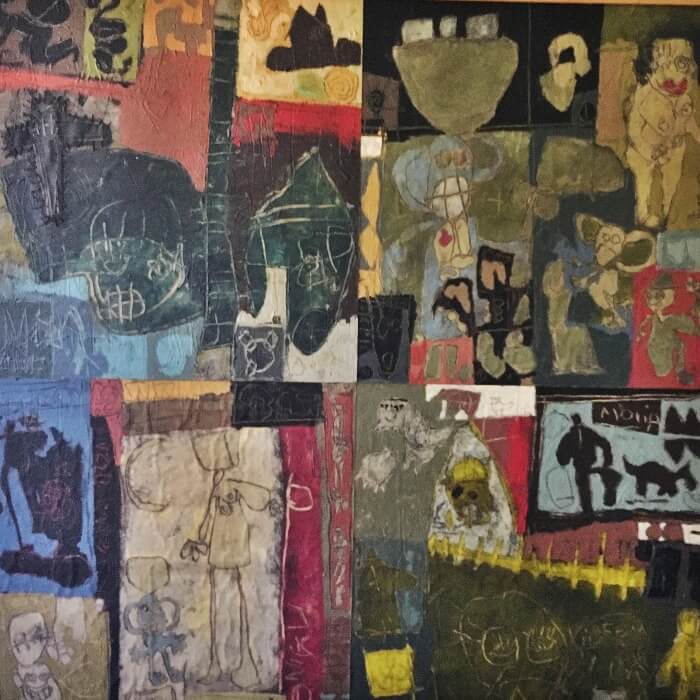 Our first purchase from Josh

Turning a corner, we practically ran right smack into each other, and Will excitedly began pulling me by the arm, and saying, “Mary, you will not believe this piece of art I found.  I want you to see it.  It’s incredible…..”  I’m sure you can guess where we ended up.  Back at the same booth, with the dealer in the awesome velour top, and in two minutes we agreed on a price and bought the painting.

But, that is not the best part of the story….that art dealer, known in some circles as “The Professor” is none other than Josh Lowenfels, a dear dear man who has become one of our closest friends, and truly one of the most fascinating personalities I know!

Over the past eight years, Josh has become like family, and when Will and I are in NYC, Josh is by our side for as much of our trip as possible.  From the Flea Market in Chelsea, to the funniest moment I have ever experienced in the MET…from the art galleries of Madison Avenue to the funky and vibrant streets of Brooklyn and Queens….I relish every single moment I get to spend with Josh!  A native New Yorker, Josh has encyclopedic knowledge about every nook and cranny of the city.  He prefers to walk, among all other modes of transportation, and sees Manhattan with a unique eye…equally fascinated by an exhibit at the MET Brauer as he is by graffiti art on the door of an obscure building in the East Village. 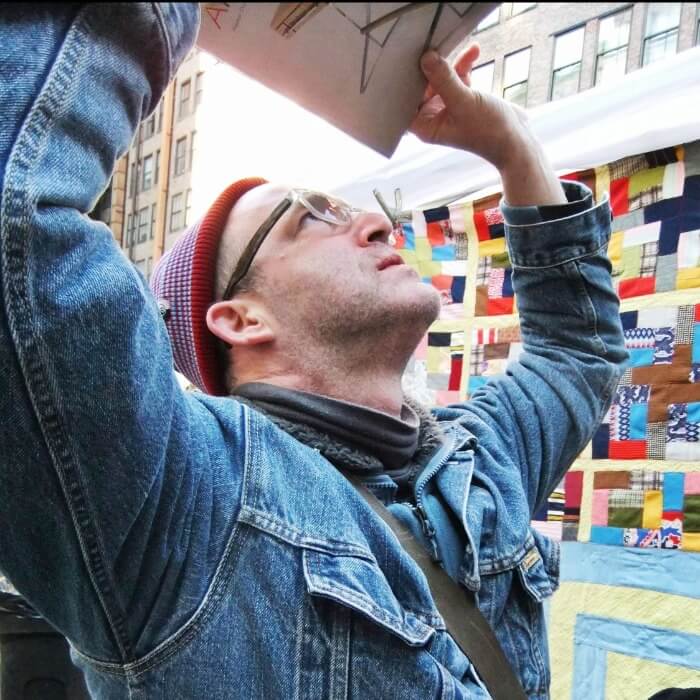 An Art Dealer:  His Early Years

From an early age, Josh was a collector.  He started with rocks (I love that….my daughter had a huge rock collection when she was little) and then his world became bigger as his mother brought him to antique shows and art galleries.  Even at a young age, Josh had an “eye” and his mother sought his opinion about this piece or that, knowing that Josh’s opinion would have nothing to do with the “value” of the object, because he was too young to really understand that concept, but rather his opinion was primarily informed by the aesthetic quality of the object.  In addition to his mother, Josh’s grandparents, and other older friends, were very influential in his early years, as many of them were artists in their own right.  1980’s NYC, Josh could stroll down the street, and spend hours going through old steamer trunks littering the curbs, thrown out of old basements and abandoned by their owners, many years gone, but still filled with interesting and unusual objects.

In college Josh wanted to be an artist, and in addition to studying toward that goal, Josh had many friends who were working artists, so naturally Josh wanted to help them sell some of their pieces, and he found an interested buying community within the professors and staff at his college.  After graduation, Josh had his own studio in Manhattan, but quickly decided that the burden of creating art, then promoting his own art to make a sale was not where his passion really lay.  Instead, he began searching for objects that could speak for themselves, like antiques or other forms of art, and he found that the more unique the object, the more it could stand on its own as a valuable piece of art. 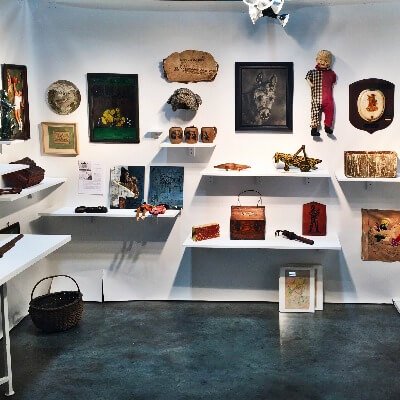 An Art Dealer in Brimfield, Rhinebeck, and the Outsider Art Fair

His instincts were certainly good!  Josh has become a highly respected dealer, showcasing his interesting finds each year at the Outsider Art Fair and Barn Star’s Antiques at Rhinebeck.  Sometimes he sets up tables at the Brimfield Antique Show, but often he is just as interested in scouring each an every inch of that Flea Market, searching for those objects, that are, in his words, “free of politics, could be held in high esteem, are remarkable, and have qualities of great note.” 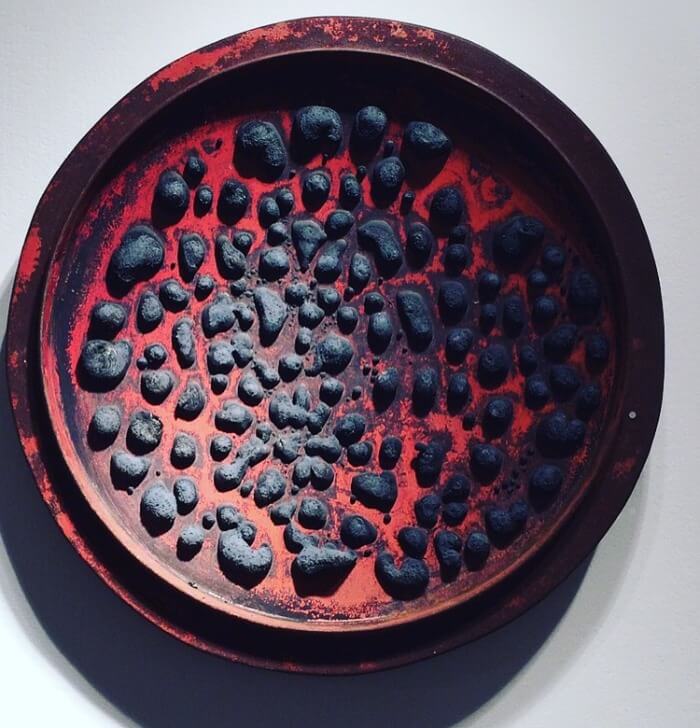 One example:  Will and I purchased a tar can lid from Josh, found while rummaging through a pile of discarded supplies from a roofing job, and the way the hot tar bubbled inside the can, and adhered to the lid, created an object that certainly meets all Josh’s requirements:  “free of politics, remarkable, and has qualities of great note.”  Will and I love it!

So…..what insider tips can Josh offer us about his beloved NYC?  Josh loves to eat in unique “haunts” that offer up such pure unique vibes, and are untouched and unscathed by the pressure to bend to the latest restaurant trends, they, like the art he loves, stand on their own merits.  Arturo’s, at 106 W. Houston, between Thompson and La Guardia, is one of our favorite places to eat pizza, while listening to live Jazz….dark, kind of dive, and totally awesome.  Ever had a Hamantaschen?  Well neither had this little Presbyterian gal from Texas.  It’s a Jewish pastry, that is filled with anything from chocolate to poppy seeds.  Josh introduced me to this divine cookie at William Greenberg Desserts on Madison between 82nd and 83rd.

Be sure and follow Josh on his Instagram, @joshlowenfels.  A friend, an art dealer, and a sometimes “professor”….every day with Josh is an adventure!  And I know you will agree, that he is, indeed, a Fascinating Personality!

If you are an art and antique lover, you will find this post and this post about interesting Dealer/Collectors equally fascinating!!!  Enjoy!!! 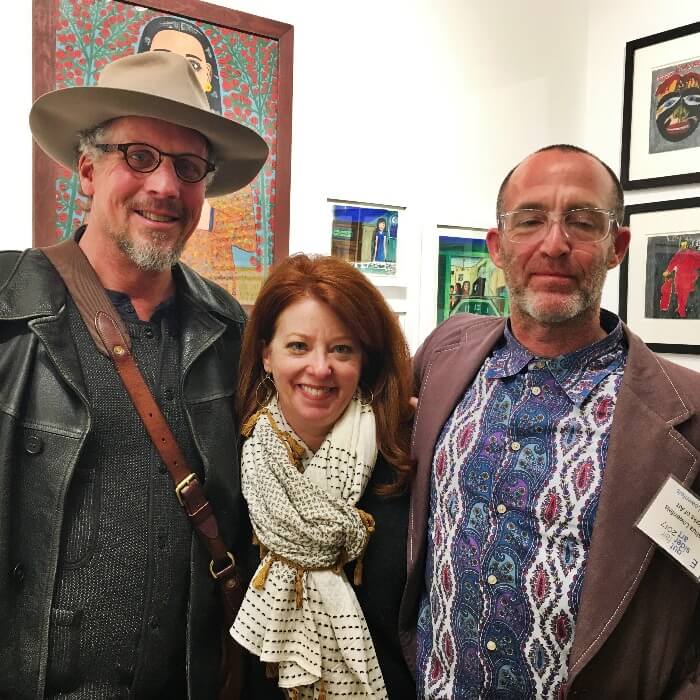