I’m absolutely giddy about my pick for a Fascinating Personality profile.  Giddy, I tell you!  Why?  Today, I’m lifting the veil on one of the most interesting people I know.  My own darling husband, Will!

Will Evans:  Collector and History Buff

Will is a big big big personality!  He talks loudly, he laughs loudly.  He loves deeply and with his whole heart (lucky me!!!)  He towers above many people at 6′ 3″.  And he LOVES to wear period hats.  Many of his favorites are custom made period cowboy hats from the early 20th Century.  But, he also wears modern hats, beautifully crafted by Worth & Worth out of New York.  My point is…when Will walks into a room, people NOTICE him!

Will’s background is interesting.  He joined the United States Marine Corps Reserves right out of high school, and achieved the rank of Corporal.  Never deploying or seeing combat, he was, during that same period, able to attend Tyler Junior College in Tyler, Texas.  Will’s huge family has deep roots in East Texas, and Will spent the majority of his childhood, up until he could drive, with his grandfather in Tyler.  He rode horses and trapped wild animals, selling their pelts at a local flea market.

When Will was nine, his aunt gave him a gift that made a huge impression:  a toy soldier.  Will was fascinated by the detail of this small object, and his fascination with toy soldiers has grown into a collection of well-over 2500 antique pieces, made by Britain, Hydee, and others.

His interest in the military extended beyond toy soldiers and his service as a U.S. Marine.  In Will’s late teens and early twenties, he participated in American Revolutionary War and Civil War reenacting, all over North America.  In order to be really good at reenacting, living history interpreters are often also voracious history buffs, and Will absolutely qualifies.  In particular, his interest is in early United States Marine history. In fact, Will owns many objects and artifacts dating as far back as the War of 1812.

How did Will catch the collecting bug?  He always says, a person is either born with it, or they aren’t.  And boy howdy was he born with it!  When he was fifteen, he accompanied his mother and grandmother on a trip to NYC.  All on his own, he took the subway to Battery Park.  Rode the Staten Island Ferry.  Took a bus.  Walked into the convenience store on the corner, and using the pay phone, called the dealer, who picked Will up, and drove him to his home in Staten Island, NY.  There, Will used his earnings from selling animal pelts to purchase actual uniforms (not costumes) and toy soldiers.  He drug it all back to Texas, keeping some things and flipping others for a profit. 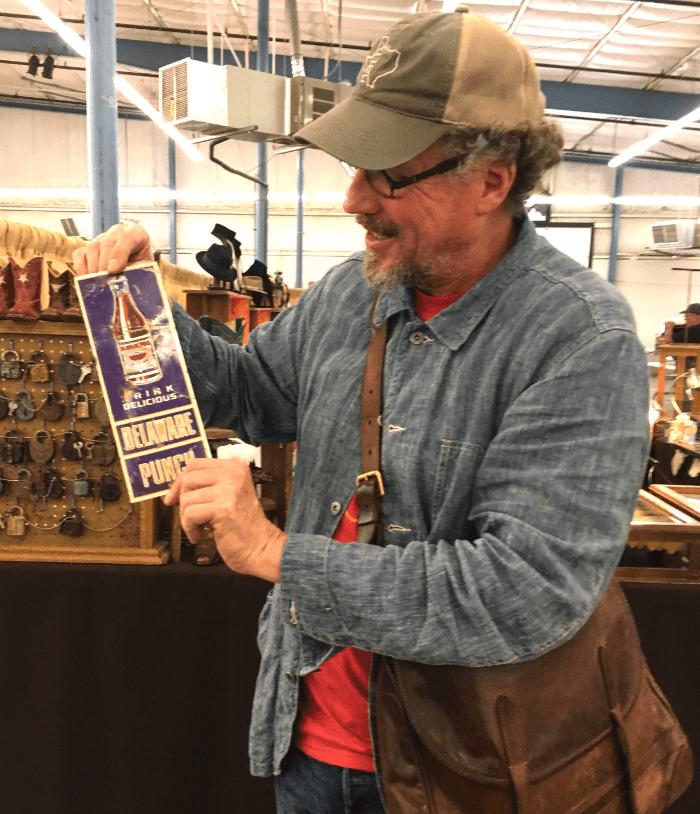 Today, Will’s collection is vast and varied.  I’ve had fun learning about his interests over the years, and have become interested in several of the same genres as well.  In particular, American Folk Art.  Think early trade store signs, weather vanes, and totem poles.  Will also collects contemporary “outsider art” which is an interesting foil to his military collection and his vast collection of books.  Y’all….we NEED a library at home! 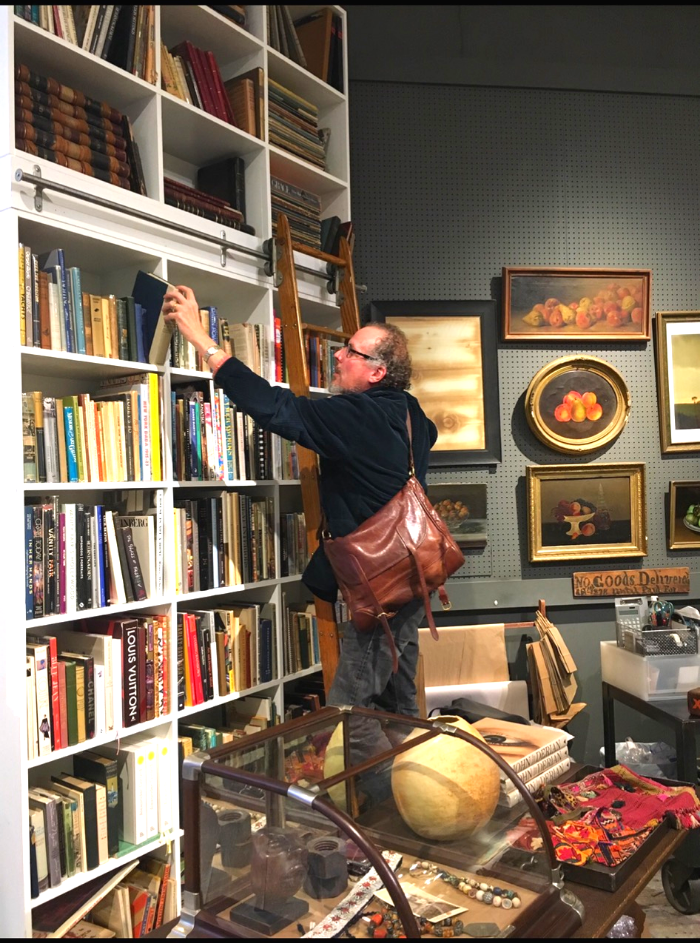 Will has a very good eye!  I learned early on not to try and shadow him at a flea markets…he moves too fast!  And, y’all know from this post I’m hunting for Vintage Christmas and Vintage clothes, so we are looking for different things anyway.  But, he always finds GOLD!  And he’s great, because he does not even consider how big or small the discovery is….how we are going to get said object home is a concern for later.  Which is fun…and challenging for the TSA….and kind of expensive at times!  What he cares about is the object.  Does it need to be a part of his collection.  That’s the only important consideration. 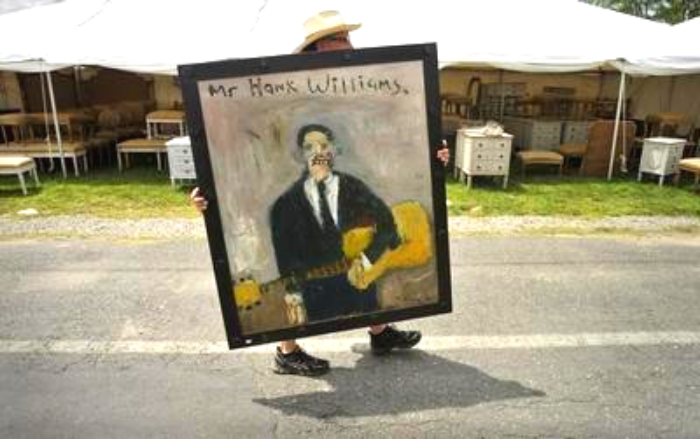 I laugh, because for a long time, Will played the game “Let’s buy this thing, because we can flip it and make money.”  But he never flipped it.  Ever.  However, that’s about to change.  Over the past couple of years, Will’s Instagram following has grown to a very large audience (you should Follow him by clicking here  if you aren’t already), and lots of folks are asking Will to start doing some buying and selling, using Instagram as his virtual shop.  We spend a lot of time talking about those frequent requests, and have been working on a roll-out for this “virtual art and antique store” and collaboration with yours truly, The Curious Cowgirl.

We also have a booth at Benny Jack Antiques on Riverfront Blvd. in the Dallas Design District.  We have LOVED sourcing furniture, art, and small decor objects to bring to our booth!  Come see us when you are next in Dallas!

Our calendar is filling up fast with trips that will zig zag us across the United States, and eventually back to Europe (Empty Nester status, WOOP).  I’ll be covering our travels in the traditional Travel Blogger way y’all are accustomed to.  Will is going to take his Instagram audience with him through flea markets, antique shows, and art shows.  Kind of like a personal shopper….courtesy of Instagram.  Again, y’all should Follow him by clicking here!

You just never know what Will is going to spy….or say….or do.  It’s gonna be fun, I can promise you that! 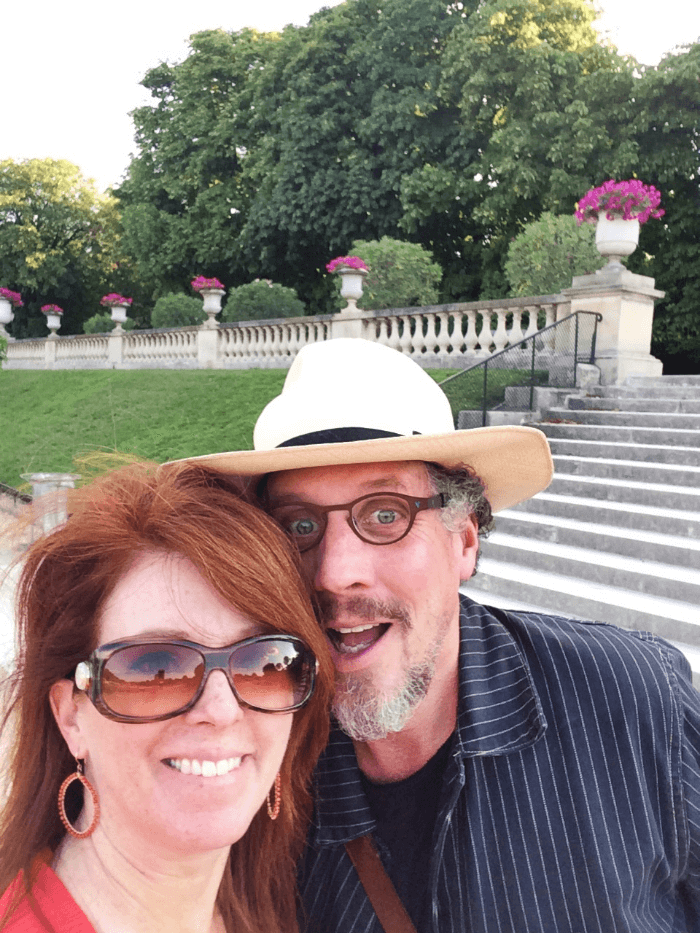