In October 2017, my husband and I took a trip to see the leaves change in the Boston area, and to soak up the rich Boston History.  Believe it or not, I had never visited Boston, or many Historical Sites in Massachusetts for that matter, and high up on my list was taking in all the sites connected to the famous Paul Revere Ride.

There are several sites around Boston where you can walk in the footsteps of one of the most important figures in American History, Mr. Paul Revere.  Just in case the details are fuzzy in your brain, here’s a little recap:

In 1774, and the spring of 1775, Paul Revere was employed by the Boston Committee of Correspondence and the Massachusetts Committee of Safety as an express rider to carry news, messages, and copies of important documents as far away as New York and Philadelphia.

On the evening of April 18, 1775, Paul Revere was given the task of riding to Lexington, Massachusetts, with the news that regular troops were about to march into the countryside northwest of Boston, and probably continuing on to the town of Concord, to capture or destroy military stores — gunpowder, ammunition, and several cannon — that had been stockpiled there.  Thus began the famous Paul Revere Ride!

Revere instructed a friend to show two lanterns in the tower of Christ Church, now called the Old North Church, as a signal in case Revere was unable to leave town. The two lanterns meant that the British troops planned to row “by sea” across the Charles River to Cambridge, rather than march “by land” out Boston Neck.

After informing Colonel Conant and other local Sons of Liberty about recent events in Boston and verifying that they had seen his signals in the North Church tower, Revere borrowed a horse and set off. 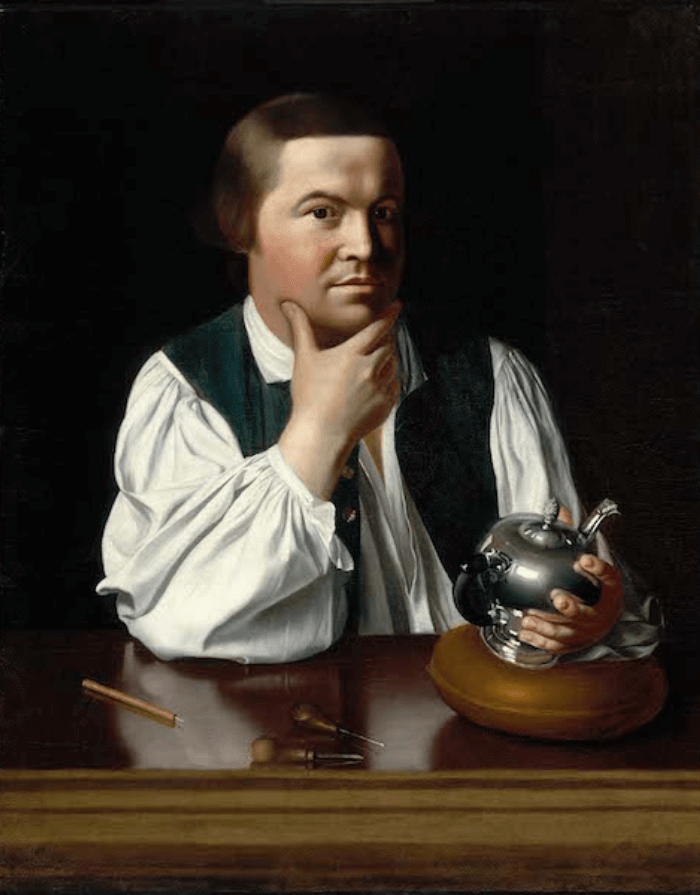 It’s hard to identify an American city that has more…well…purely American History than Boston.  Boston history is American History, and my first visit there did not disappoint.  There’s just so much to see!  But, let’s focus on those sites specifically connected to the Paul Revere Ride. 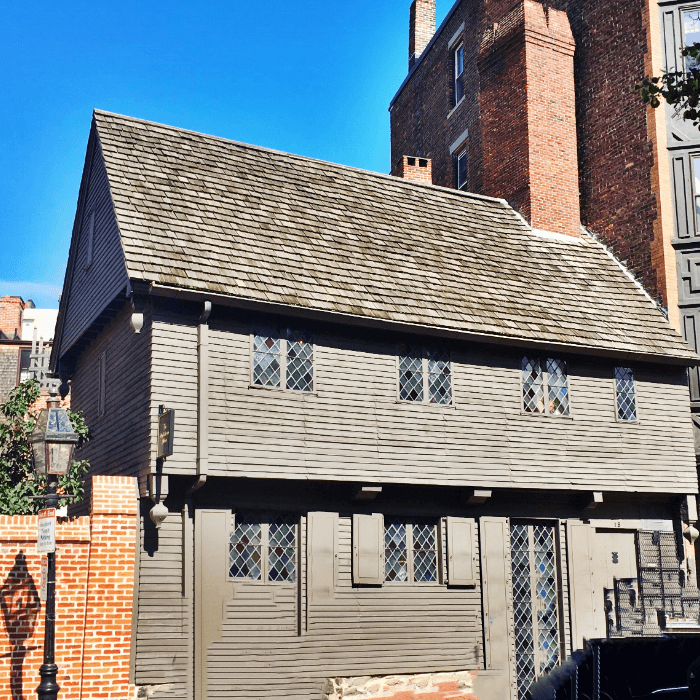 There are other Historical Sites in Massachusetts that are closely connected with the Paul Revere Ride, but The Paul Revere House in Boston is not the only site to see.   Along the Freedom Trail, you will find yourself at the Old North Church where two lanterns near the windows were hung. This signal, from the tallest structure in the town of Boston, served as an early warning that a detachment of the British Army was crossing the Charles River and heading west towards the towns of Lexington and Concord. By the end of the next night, the American Revolutionary War had begun. 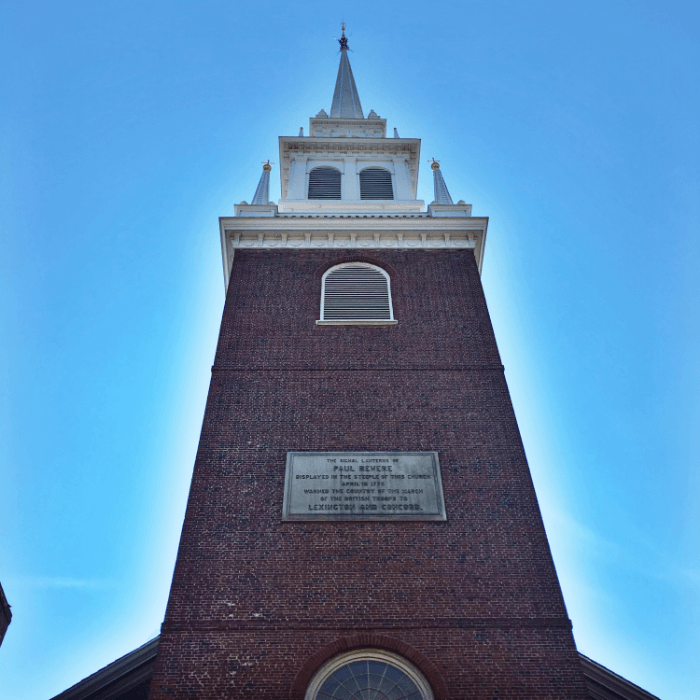 While the Paul Revere Ride is most familiar to many visitors to  Boston, some may not know that Paul Revere was also an accomplished silversmith.  Paul Revere Silver is incredibly rare and valuable.  I highly encourage y’all to make a trip to the Museum of Fine Arts, as part of your efforts to experience Boston via Paul Revere!  A world-class museum, housing priceless works of art, including rare and important pieces of silver made by Paul Revere himself. 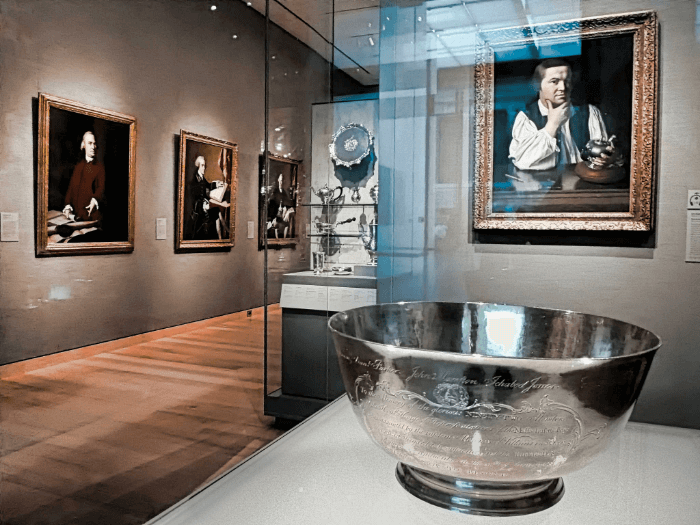 Best Hotels to Stay in Boston

Boston attracts thousands of visitors each year!  There are dozens of hotel choices for some of the best hotels to stay in Boston!

I could write a million Blog posts on the subject of traditional Boston Food, but here’s a few recommendations:

We barely scratched the surface of all the amazing American History sites in Boston, and are planning a trip back soon!  It’s especially beautiful in New England in the Fall!  The Paul Revere Ride, and all the sites connected with this pivotal moment in American History, are so fascinating to me!  I’d love to know your Boston tips…we will certainly be headed back there soon!

Gathering people I love around the table at Christ